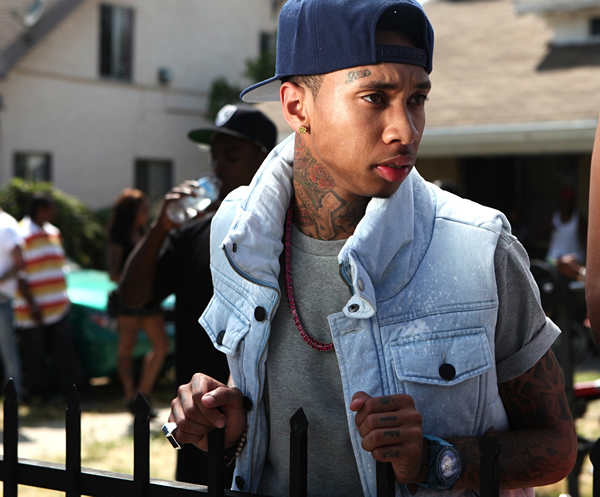 Tyga may have had to push back his album Careless World: Rise Of The Last King a few times, but that didn’t stop him from assembling an all-star cast for the “Rack City (Remix)”. The roster line-up of Wale, Fabolous, Meek Mill, Young Jeezy, & T.I. isn’t really a surprise seeing that we’ve been seeing behind-the-scenes stuff for the upcoming music video for the past week and the delivery may not actually knock it out the park (They tried, but I don’t like when it sounds like the verses were pieced together), but it’s still pretty cool hearing all these rappers on the same track. So I guess it’s time to retire freestyling over this beat now?