Chael Sonnen Has Jon Jones In His Sights 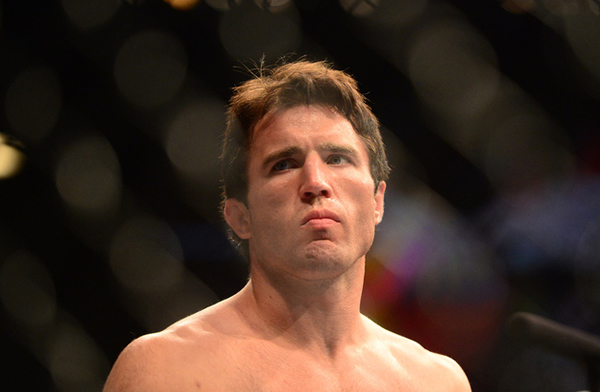 As the light-heavyweight champion, Jon Jones, prepares go to war against the heavy handed Dan Henderson at UFC 151, he’s also fighting another battle on the internet, hosted by Twitter.

After losing his second title shot against Anderson Silva, Chael Sonnen appears to have made the light-heavyweight division his home. He’s scheduled to fight Forrest Griffin on December 29th at UFC 155.

According to Dana White, Sonnen won’t be awarded a title shot after a win over Griffin. He will presumably need one more top 10 win. Despite this fact, Chael apparently isn’t waiting to begin harassing the young champion.

Last week, Sonnen began his tirade on Twitter insulting Jon’s parents’ lack of creativity when coming up with his name. He also took shots at Jones for his recent DWI arrest.

Boardingplane toOregon now, home of your corporate wage masters. Next time you are in town, knock on my door. Don’t drive. @johnnybones

The champion calmly responded to Sonnen claiming that he must “earn a title shot instead of trying to talk your way into one and I’ll be glad to hurt you”. Trash talking is something that Jones has recently become familiar with. His last title defense against Rashad Evans was preceded with a yearlong war of words with his former teammate and now rival. Jones expectedly approached this new opponent much more calmly. A few days later, Sonnen decided to poke the young lion once again.

The toughest fight you’ve had at 205 was the chump who snatched the old ladies purse while you were playing on the swings at the park.

After that, Sonnen got a little creative and began fabricating retweets of embarrassing statements that Jon Jones supposedly tweeted.

RT @jonnybones: been watching tape on @sonnench. I’d rather relinquish my title and run away to HW than fight that man. #P4P #GOAT

RT @jonnybones: @sonnench Why fight you? It’s a lose-lose situation for me. I lose the fight and I lose my title.

Just yesterday Sonnen claimed Jones was scared to fight him and referred to him with the childish name, “little JJ.”

I KNOW you will never fight me. Don’t be afraid. But I’ll always be the monster in the closet of your mind, little JJ.

Sonnen’s hilarious antics never cease to amaze me. After his last title fight I wondered whether he would move up or down in weight and if he would select either GSP or Jon Jones as his new target. It appears we have an answer.

I have no doubt Sonnen has the ability to defeat Griffin. Forrest is near retirement but would still be a credible win. I also believe Sonnen will fare well against essentially anyone in the top of the division, except for Jon Jones of course. Sonnen should give Jones a good challenge but judging by how the champion makes elite fighters look like amateurs, he most likely won’t succeed in taking the belt.

Regardless if Sonnen ever succeeds in his quest for a UFC championship, he will continue to entertain. It will be interesting to see if the champion can endure another long year of torment.