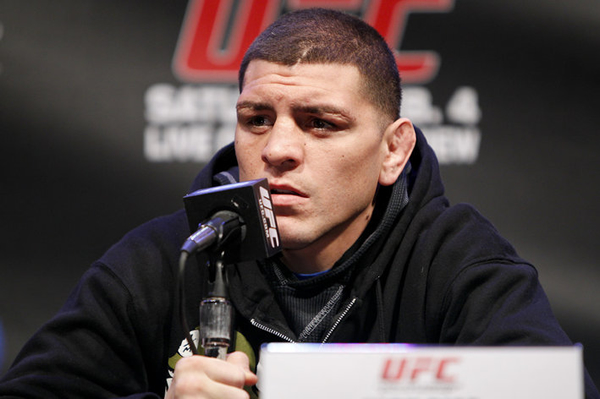 The unification of the welterweight title wasn’t the only thing accomplished at UFC 154. The next welterweight contender was also made clear when Johny Hendricks knocked Martin Kampmann out cold. He was presumed to get the next shot at Georges St. Pierre sometime next year and he made it clear that he expected as much during his post fight comments.

But unfortunately for the dominant welterweight, sometimes the business side of the sport trumps logical matchmaking. A few days after his bloody match against Carlos Condit, Georges St. Pierre stated that he would like to put off a super-fight with Anderson Silva or a sensible fight with Johny Hendricks for the grudge match with Nick Diaz that was initially planned for almost a year ago. He apparently has unfinished business with the brawler.

"Do not plan for ventures before finishing what's at hand." -Euripides

On December 6th, UFC President Dana White announced that GSP versus Nick Diaz will be the next welterweight championship fight and will take place sometime in the spring.

The trouble that some have with this match up is that Nick Diaz is not only coming off a suspension for failing a drug test for marijuana metabolites but also because he lost his last fight which was against Carlos Condit. Whether or not that argument has any legitimacy is debatable since that loss is believed to be due to bad judging by some fans including myself.

This fight and the matching of Chael Sonnen and Jon Jones has lead some to accuse the UFC of only making fights for the money instead of a logical progression. Sonnen arguably talked his way into a title match against the champion Jones and will also be coaching against him in the next season of The Ultimate Fighter.

Although these matches may not be perfect in the eyes of some, it’s difficult to deny that they will be good for the UFC. The attention they will garner for the sport in general is good enough reason to make them. As Dana White said, making these fights simply “made sense.”