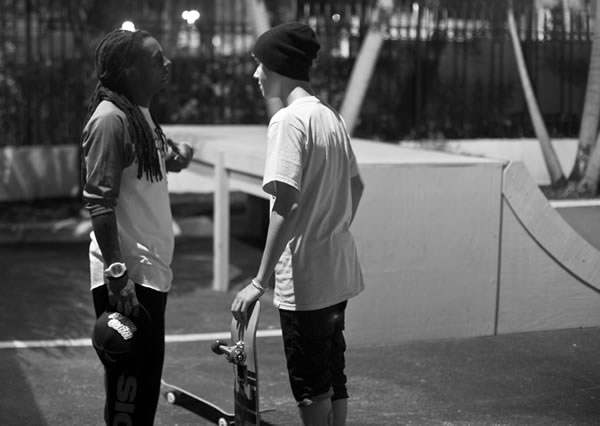 Wayne, it’s your boy DuB. I know it has been a while since I’ve had a minute to listen to you, and there is a reason. Remember seven years ago when I first realized how intelligent and fun you were? Well…… about 3 maybe 4 years ago, you have seemingly ruined the relationship that we shared. I was your most supportive friend, your warrior, your biggest follower. Anyone who would try to claim that you weren’t a visionary, I would take off their head for you. You were the second coming of Hov to me. Then, something horrible happened. You sold a million records in your first week and turned your back on all of your loyal followers.

Don’t take this wrong! I know you may not even notice the atrocities that you have committed. One of the realest things that you ever said is that you wouldn’t convert to the mainstream, but have the mainstream convert to what you imagine. You lied! You have become the artist that I thought you never would become. You have always had an incredible hustle, but at some point you allowed some of the artists who were looking to add some “real” to their records affect you. You now have become the artist that needs the artist that can bring some “real” on your own record.

Who should I blame?

Maybe, you did allow yourself to go to the proverbial “dark side”.

We can blame a lot on him, but honestly it seems like he follows your trend more than you follow his.

I think maybe we have a winner. Remember when he was dissing you, and saying you were nothing more than an industry whore, but claimed you couldn’t make a complete record. It seems like after that you haven’t been the same.

Even with all of that, you still hold major influence, and right now it is a negative one. Look at what you have done to Drake and Nicki. Both artists were hailed for their lyricism before ever meeting you.

Drake was considered to be a soulful rapper created in the likeness of Phonte, and rappers that were never seemingly worried about selling records. Now he seems to be no more than what 50 described you as years ago, “a whore”. He is on everybody’s records, and has become so mainstream it is hard to remember he made mixtapes like Comeback Season or Room For Improvement.

Nicki was considered to be the heir to Hip-Hop’s queen. Now she is just a sexy, brown skinned, curvy, big ass and titty version of Britney Spears. She was the only female that was able to rap over a Biggie beat and keep me just as entertained as he could.

Even me! I still find myself remembering how good you were and want you to come back to that. I was blinded so much by your influence, that I rated Tha Carter IV a 4 out of 5. I listen to C4 now and I am disappointed so much by my mistake that I haven’t even changed the rating on the site because I don’t want to forget my mistake.

Please don’t take this as a diss Wayne. I know I sound upset, and well it is because I am. You had the balls at one point to say fuck the industry and proclaim that you are the best rapper, and you said that you would force the world to accept you. Now you spend less time rhyming, and more time skating and doing your best impression of a rock star.

What I am saying Wayne, we miss you.