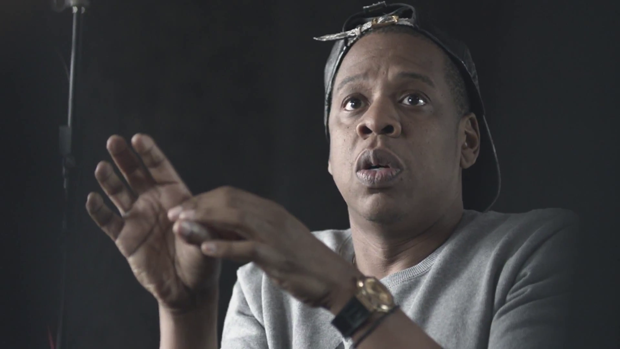 Jay-Z let it be known that he would announce something on Sunday 9:15 EST during the NBA Finals. It also had something to do with Samsung (Supposedly, Hov & Samsung was doing a deal worth $20 Million).

Well, it looks like Jay-Z has an album dropping on July 4th called Magna Carta Holy Grail. In the commercial that announced the album, Jay is in the studio working on the new album. Pharrell, Timbaland, & Swizz Beatz are there. So is Rick Rubin, barefoot and all.

But here’s where Samsung comes in (Other than the fact that everybody in the video is using Samsung products). According to The Wall Street Journal:

Samsung has purchased 1 million copies of Jay-Z’s coming album, entitled “Magna Carta Holy Grail,” slated for release July 4, and plans to give them to Samsung Galaxy smartphone users for free – 72 hours ahead of the release. The users are to receive the music through an app they’ll receive later this month. (Recipients won’t be able to share it until the official release date.)

We now wait until July 4th.