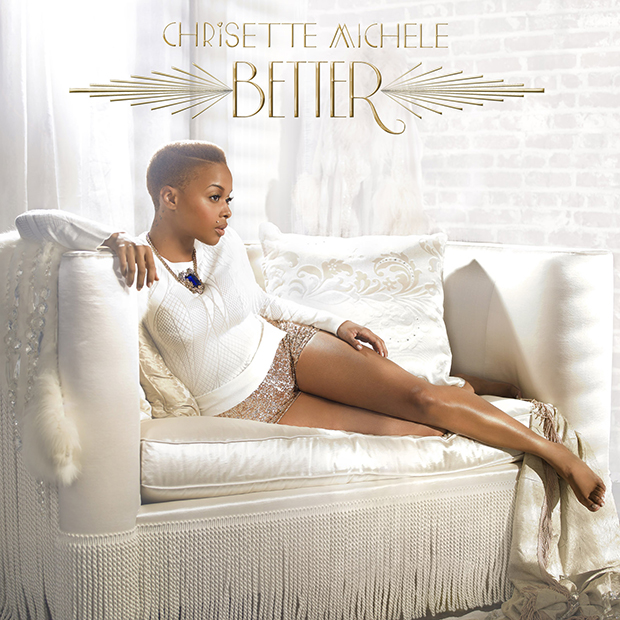 Chrisette Michele has always had a voice that harkens back to Billie Holiday with an effortless ability. Yet she hasn’t garnered the same attention and love that some of her colleagues that attempt the same thing while seeming forced. I won’t go into naming names but I’m sure some of you have picked up what I’m putting down. All that matters not as we enter her 4th studio album, Better, with not just new music, but a new outlook, style, and approach to what she does. Will this be the winning formula?

There are only a few missteps on this album, but starting with or including “Be In Love” is one of them. I don’t like anything about this song from the canned production to the random vocals and reverb throughout the track. Another moment on this album that I think we could do without is “Rich Hipster.” I can admit that it may just be a personal thing for me that I don’t like, I can’t put my finger on why but at the same time, I can’t say it’s a bad song by any universal definition. It does feel off and slightly annoying to me. “Charades” isn’t a bad song but 2 Chainz offers up possibly the worst verse of any cameo, EVER.

Crossing the line is something that I wouldn’t do
Me and your brother, we’ve been cool since back in middle school
And now I’m thinking pitiful, two crosses on the spiritual
I am counting dead presidents off in the living room
Feeling you masseuse, yeah they call me Deuce
That’s short for seduce, introduce you to my coup
Coup, this is baby! Baby, this is Coup
Those dudes acting shady, I put them in the caboose
The end to the end, I’m talking me and you
Who? Ain’t no owl, I hit it for like an hour
Hit it like oww.. she gon’ need a towel
And she like oooooow!

After that, she ends the song with some annoying arrangements and overlays that make what was an okay song pretty unbearable. Then there are the interludes…they don’t really add anything to the album. To me, that means they aren’t necessary.

Well damn Saule, what does the album do right? EVERYTHING else. Songs like “A Couple of Forevers” pays homage to the O’Jays “Stairways To Heaven” not just musically but lyrically as she pours an ample amount of soul into this song. “Better” feels like it was touched by the soul of Mary J and Aretha with it’s big vocals and anthemesque production. “You Mean That Much To Me” is another song that feels like it’s pulled from the glory days of soul and R&B complete with sincerity and meaning.

Just as much as those songs harken back to a previous time, she has some newer sounding songs that are just as good. “Love Won’t Leave Me Out” has a very playful nature and drums that will move you if the lyrics don’t. This tale is about never giving up on love and finally finding someone after a few tumultuous relationships. “Snow” is one of my favorite songs on the album and if Mary isn’t careful, the throne could be up for grabs. Snow is equal parts drums and pain as Chrisette quips “My temperature is like snow, so cold, let me melt in, into your arms, like snow.” I love the visual she creates with those lyrics. Immediately after that she goes into the even more Hip Hop influenced “Visual Love”. She uses this song, aptly titled, to dismiss how someone looks and says that they love her, but the actions don’t back that up.

It’s hard to pick my favorite song on the album but I’d say that right now, as I write this it’s either “Get Through The Night” or “Supa”. When you hear the acoustic backing on “Get Through The Night” it automatically feels like a different and personal album than anything else presented. It’s a painfully hopeful song that doesn’t have a conventional structure, but speaks beyond the music.

The second choice, right now, would be “Supa”. It’s full of attitude and could easily be sung from a males point of view. She wrote this song from the standpoint of the fed up, often unappreciated lover. Check the lyrics below and trust me, when paired with the music and guitar, this song is a beast:

Bottom Line:
I opened talking about the fleeting light of stardom around Chrisette. We give her love on our awards shows and in concerts, but she doesn’t get any of the high profile love of a Jill Scott or Badu. Before this album I could say that the albums may not have supported that treatment. I liked I Am but it wasn’t a beacon in R&B when it came out. Eppiphany was a little better than the first, but I still felt lukewarm about it. I wasn’t a fan of Let Freedom Reign for the most part and don’t listen to that album anymore. So when this one came out, I didn’t know what to expect. She changed up her look and approach and claimed that this album was a much more upbeat look at things so I was hopeful…and I’m not disappointed. I can firmly say that Better is more than just a title, but almost an understatement to what this album is for her. With a few tweeks, we could be talking about a near perfect album. I outlined the missteps at the start of the article and if you purchase the Delux copy, you get a total of 16 musical tracks with 14 of them being above average. This is a great album and will get a few votes for R&B album of the year.