Well besides the unexpected debate about Lil’ B and Riff Raff’s music in the comments of last year’s Predictions/Hopes, not many of you predicted or hoped for much in Hip-Hop for 2013. Are you too content people? Don’t you wish for anything?

P-Body did hope for an original 2Pac album with no changes made to the primary songs but sadly this did not happen.

RTIII and B-Easy hoped for not only a new Jay-Z album but also one that was better than The Blueprint 3. Well boys? Did MCHG live up to your expectations?

Saule said Pusha T’s music wasn’t for him. Are you a fan yet or still not feeling King Push?

Nicolas Thomas also wanted that K. Dot and J. Cole collaboration album in 2013. We might be waiting a little longer now dude thanks to that verse.

Seth wanted albums from Lil’ Kim, Eve, Azealia, and Missy. Maybe 2014 will treat us with some ladies on the mic.

Mr. Jones predicted Joey Bada$$ would NOT blow up. Hard to say but it seems like Joey did not strike while the iron was hot.

Who the hell saw Rhi Rhi and Chris (Bobby) Brown getting back together? Even I couldn’t have predicated that one. Little Miss Sunshine really needs some better people around her for advice.

Kanye and Kim breaking up? Damn was I off. Those two not only stuck it out through a whole year of attention and paparazzi smack downs but they had a mother-flipping baby! Now the question is who is going to grow up to be the bigger diva, North West or Blue Ivy Carter?

Did more white rappers appear? I guess that could be said. Action Bronson made it to the XXL Freshmen Class for 2013 and released several popular mixtapes. Macklemore crushed it on the radio tip. Mac Miller kept us guessing with his trippy 180 of an album Watching Movies With the Sound Off and Riff Raff’s online presence was felt for some reason. 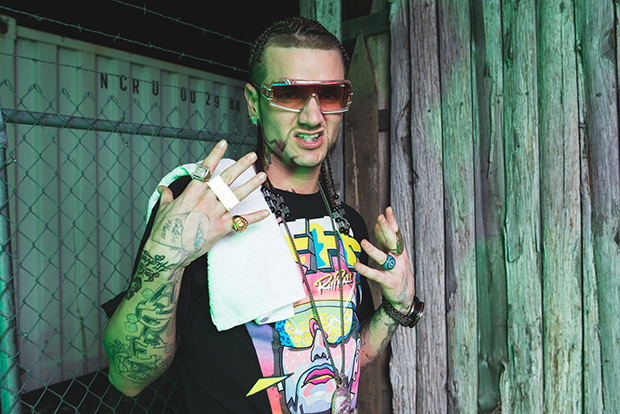 Speaking of XXL Freshmen, who was completely right about Joey Bada$$ and Ab-Soul making the list this year? Calvin was! I know it’s not much of a stretch to assume XXL had their ear pressed to the street hard enough to put these artists on the list but don’t forget that back in 2009 they looked passed both Drake AND Nicki Minaj (who just so happen to be 2 of the biggest Hip-Hop acts to come out this decade).

Lucky for him, Charles Hamilton had some good people around him so he didn’t make any ridiculous appearances this year or any appearance worth noting full stop. Get better Sonic.

There was no Jesus hologram but Rock the Bells audiences were extremely blessed to get to see not only one but two rappers defy death and make an appearance in 2013. Concert goers got to see Old Dirty Bastard rock out with RZA and Method Man as well as the west coast legend Eazy E join some members of Bone Thugs ‘n’ Harmony on stage. Despite that these performances didn’t gain as much coverage as 2Pac’s 2012 appearance via 21st century technology it was still pretty touching to see fans paying homage to the ones hip-hop lost.

J. Cole did release a more solid album than his debut and managed to outsell Kanye! Sure J. Cole had more advertising and even an album cover unlike Yeezus but he still did more numbers than Kanye with Born Sinner. Remember the 2007 shown down between Kanye and 50? This might be as close as we’ll get to that now.

Pusha T did release what some might call a classic album or what others might put down to overhype.

Out of the artists I thought would blow up in 2013 the only one that kind of did was Joey Bada$$. Rapsody did her thing too (thank god) with She Got Game. Death Grips released Government Plates while Flatbush Zombies brought out their 2nd mixtape BetterOffDEAD but they didn’t really blow up on the scene like I predicted.

Mentioning Detox is just like crying wolf so nothing more is to be said. Along with Watch the Throne 2 and Cruel Winter.

Eminem released MMLP2 and it did sell one-gazillion units but who’s surprised about that? Slim Shady fans must be in hibernation until he releases a new album.

Sadly for the A$AP Mob leader’s debut Long.Live.ASAP leaked like my bathroom taps a whole month before it’s original release so going gold wasn’t in the cards for A$AP Rocky.