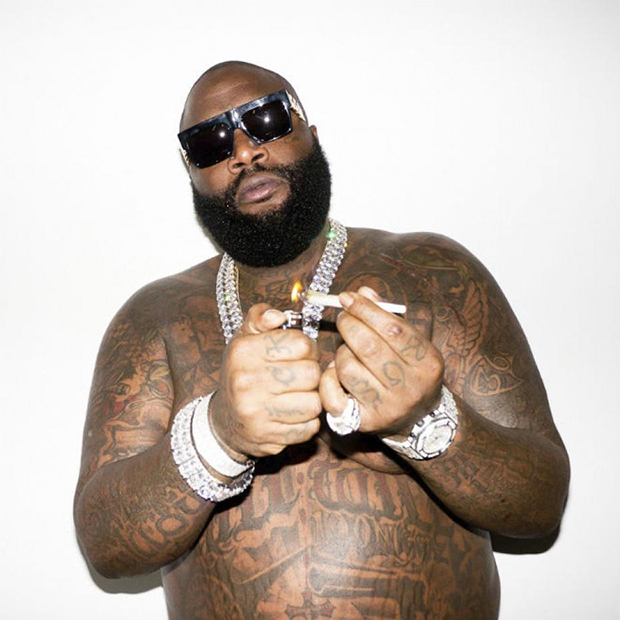 It must good to be the BAWSE. Rick Ross gets his fifth #1 album with Mastermind. Mastermind didn’t sell as much as his last album, God Forgives, I Don’t, but I guess 179,000 units sold isn’t bad. I’m wondering will he be able to go Gold again (As with the rest of his albums). Check out our review of Rick Ross’ Mastermind here.

Pharrell Williams also debuts with his sophomore solo album G I R L (His second album in eight years). Honestly, I thought Pharrell would outsell Rick Ross this week seeing that he has had three of the hottest songs in the last two years (“Happy” is still the #1 song in the country). But then again, there are really no hit singles off his current album (yet). G I R L sells 113,000 albums. Read our review of Pharrell’s G I R L here.

Lastly, Ashanti returns back to charts with Braveheart; her first album since 2008. I haven’t check out the album and nobody has told me to listen to it so I probably won’t (Instead I’ll look at a picture of her thighs). Braveheart lands at the #10 spot and sells 28,000 copies.