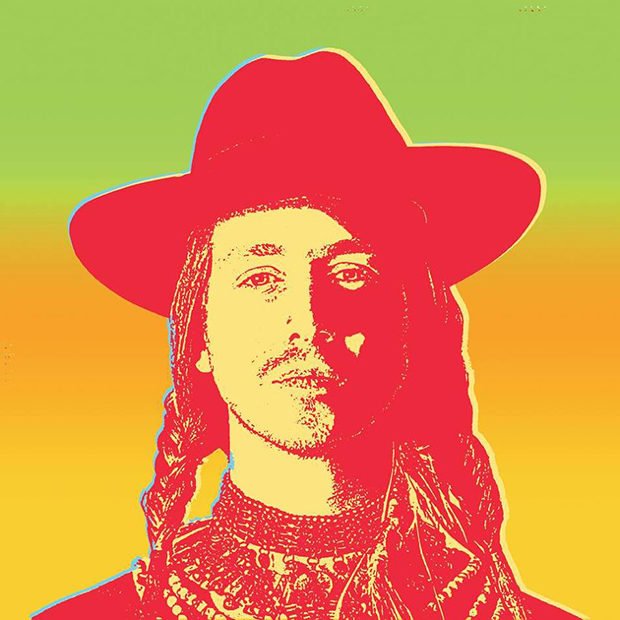 At the risk of generalizing, it seems that SOME white rappers have had an image problem and a gimmick to deal with at least once in their career. Eminem left his Slim Shady blonde hair behind for a few years. Mac Miller dug deeper past his high school image for his future creations. Yelawolf had to rebuild his aura after his misrepresenting debut. And even going further back to the Beastie Boys when they had to filter out the jocks in their fan base by crossing out “Fight For Your Right” from their set list.

This is not to say that this is strictly a problem for white rappers as Nas struggled with his image for a few years early on in his career. But Asher Roth falls under this category too. Ever since his hit “I Love College” dropped he has been attempting to shed his frat boy image since. The proof can seen with experimental mixtapes such as Seared Foie Gras with Quince & Cranberry and Pabst & Jazz. But since this is Roth’s official second studio album since 2009 there is potentially a lot of growth and insight to be displayed here on RetroHash. Five years is a long time between albums but it’s not like Roth has been out of the spotlight for all that time, it’s just now time for him to reintroduce himself.

1. Parties at the Disco
Featuring ZZ Ward; Produced by Blended Babies & Asher Roth
As I said above, Asher has been trying to shake the misguided image of being a frat boy and represent himself in another way. So without a doubt the first track is going to be representative of that. The beat is heavy on the smooth instruments. Asher even breaks out his singing skills before a single bar is spat. But don’t get it twisted because he comes with it on the mic as well. The song walks the line between making your head bob and brain spark. ZZ Ward provides some syrupy soul to get those ears warmed up.

2. Dude
Featuring Curren$y; Produced by Blended Babies
Blended Babies are a production team who has been bubbling away for a few years now. Apart from working with Asher they’ve also been behind the boards with several of rap’s avant-garde artist like Action Bronson, Chance the Rapper, and Kid Cudi. Anyway, the beat here shows Roth’s ability to jump on any sort of production and tear it up. You can tell the beat was made with Curren$y in mind but it’s something else to see Asher Roth adapt. Almost like a rap chameleon. Both MCs do their thing.

Sidenote: How much weed smoke do you think there was in the studio when these two guys teamed up? Goddamn!

3. Tangerine Girl
Produced by Blended Babie
This is where some fans may feel a little left out. It’s interesting to see Asher Roth putting those singing skills on show for two verses and two hooks before spitting some lyrics in the third verse.  What else is intriguing is that this is the first single off the album, which is proof that Asher and his team are really trying their best to leave the college days behind them. The track on its own is a demonstration of what musical talent will provide and that’s a dope song.

4. Pull It
Produced by Blended Babies
Getting into this track is a little hard and this is coming from the guy who likes the previous song. The beat sounds a little too much like the music from Zelda on Gameboy. The harmonies create a pleasant first verse about living with regrets along with the second verse being a mix of rapping and singing (Drake is that you?). This song has the potential to grow on listeners as it is intriguing enough for a revisit but may lose you the first time round.

5. Something for Nothing
Featuring Coyle Girelli; Produced by Blended Babies & Asher Roth
With a vague narrative of a relationship the story in this song could be seen like most art, as it is open to interpretation. Maybe that’s the point, not everything is clear-cut especially when it comes to dealing with emotions. The beat, which is crafted by both Asher Roth and Blended Babies, starts off extremely interesting but leaves some want for more. Half way through the album and it’s obvious that the chemistry between the MC and producers is well formulated.

6. Fast Life
Featuring Vic Mensa; Produced by Blended Babies
The song title may be misleading with it indicating a possible baller anthem but in truth it has the exact opposite message. On paper the lyrics seem like a standard “lost girl” song but in execution this plays out beautifully. Blended Babies have avoided similar sounding beats so far. Along with Asher Roth who hasn’t let the creative interaction between himself and the producers lead them down a repetitive path. It should also be noted that Chi Town rapper Vic Mensa compliments the song well by handling the final verse. With songs like these it’s easy to tell that this album is the one Asher Roth has been waiting to make even before his debut. 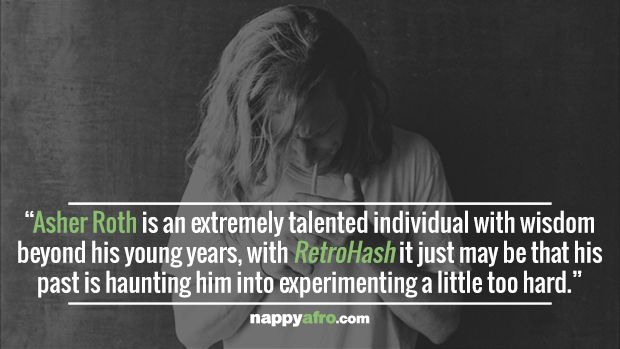 7. Last of the Flohicans
Featuring Major Myjah; Produced by Blended Babies
A salient lyric to focus on comes in the rapper’s second verse where he states: “Need a new beginning, let me start again/Let me start again this time without an awkward ending”. This is addressing the elephant in the room. Most people who know Asher Roth know he’s the “I Love College” guy. Most people also know that he’s been attempting to surpass that image since the song came out. Moving on from that Ash Roth kills it on the mic with all three verses being torn through. The lyricism makes this song a highlight from the album.

8. Be Right
Featuring Major Myjah; Produced by Blended Babies & Asher Roth
It’s hard to listen to this track and not think of “Fallin'” from Roth’s debut Asleep in the Bread Aisle as the beats and subject are similar. Looking at this as a sequel might be appropriate as the themes carry on from the song previously mentioned. Where “Fallin'” touched on childhood memories “Be Right” focuses on present influences and ambitions. Again Roth is attempting to distant himself from that frat boy image but not in a way of discrediting this impression but stating there is more to him than that as an artist. “Yesterday, I felt the burdens on my shoulder/But I learned to let it go and keep on keeping on my composure”.

9. Pot of Gold
Produced by Blended Babies
With just the use of one verse Asher Roth makes it clear that even though he is that hippy stoner rapper he still doesn’t have all the answers and not to jock him. He isn’t getting gangsta by any means but putting his foot down on what goals he’d like to achieve along with some suggestion on what the rest of the world should be striving for.

10. Keep Smoking
Featuring Chuck Inglish; Produced by Blended Babies
To finish the album off Roth chooses to rap his last verses in a whispery soft tone which is disappointing. It would have been great to hear him end the album with a bang instead of a quiet murmur. Even Chuck Inglish’s verse is underwhelming. The song title really does reflect the attitude that must have been in place when this song was being made.

Bottom Line:
The main theme of RetroHash is reintroduction. This is achieved by keeping the featured guest list to a minimum both on the mic and production tip. Versatile beats by Blended Babies create an excellent listening environment with production that mimics something like a soundtrack for an acid trip with MGMT (“Something For Nothing”) then jumping to the boom bap (“Dude”). The teaming up of one MC and one producer or production team has been commonplace in Hip-Hop recently and creatively it seems to work with this album. Asher Roth and Blended Babies share a musical chemistry that both enhances and takes away from this album.

As this sophomore album has been five years in the making and had the added burden of trying to rid Asher of a gimmick it might be viewed through the wrong looking glass. It’s difficult not to look at these experimental tracks as attempts at breaking away from a certain time and place. It would be safe to say though with everything Asher Roth has been through with the music industry that the rapper just wanted to free himself from the business choke hold and work with a team that he knew would complement his style and vision. His mission here isn’t to be the most rappity rapper there is. Instead it’s to shed an image put on him by others and be his own artist. The lyricism and overall direction of the album suffers because of this. If you know Roth’s past work you know that the guy is a lyrical wordsmith. It’s just a shame that it’s not shown entirely on here. In the end RetroHash is a solid effort from Roth and really will please long-term fans who have stuck it out with the artist over the years of trial and error. Roth is an extremely talented individual with wisdom beyond his young years, it just may be that his past is haunting him into experimenting a little too hard.