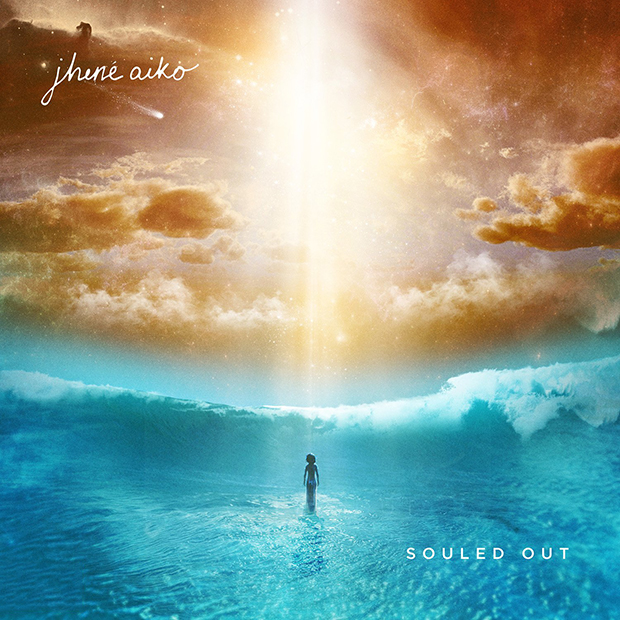 Jhene Aiko is definitely Hip-Hop’s favorite flavor right now, and it makes sense why. She has a sultry voice, writes her own lyrics, and looks amazing in all of her videos (she’s gorgeous). She has worked with everyone from Big Sean, Lil’ Wayne, Ab Soul, ScHoolboy Q, Kendrick Lamar, and of course Drake. She has two amazing projects that have come out in the last few years, and now she has been given the stamp of approval from the legendary No I.D. who has signed her to a deal at the iconic Def Jam label.

Even with all of the accomplishments and cosigns, there are many questions about her. Her performance at the BET awards left everyone somewhat underwhelmed. Both of her projects prior to the album, Sail Out and Sailing Souls, were almost infested with guest, which has led to many people thinking that she can’t carry an album alone. Some people also hold her past against her.

Jhene was originally introduced to the world as a child star during B2K’s domination days. In an attempt to grow her audience, the label pushed the fabricated story that she was the cousin of Lil’ Fizz. She was often heard singing hooks for the boys, as well as singing about adolescent problems (boys, candy, and dealing with her upset parents). She decided to live a little, and stepped out of the spot light. Now she is being reintroduced to the world, what does she have to say to us? Can she carry an album and connect to adults? Let’s see what she has got.

1. Limbo Limbo Limbo
Produced by Dot Da Genius & Woodro Skillson
The album starts off with airy and earthy melodies with smooth and soft synths. Jhene’s “Limbo Limbo Limbo” is a story about her life, or at least where she is right now. Although the vocals on this won’t blow you away like Beyoncé or Alicia Keys could, her lyrics are deep and could very well have multiple meanings. The first two verses are both singing, but on the third verse she does a Drizzy impression and rap-sings. I like this one a lot.

2. W.A.Y.S
Produced by Thudercat & Clams Casino
Smooth strings that flow into smooth calm drums that can be unnoticed by even the most trained ear. The drums become more and more prevalent as the song moves forward. The second verse really stands out a lot here.

As you can see from the lyrics, this is Jhene speaking on what keeps her motivated. I really like this, it’s extremely creative and the lyrics are extremely clever (she writes her own lyrics by the way).

3. To Love & Die
Featuring. Cocaine 80s; Produced by No I.D.
This was the first official single from the album. Here Jhene compares love to war in a creative way. As you may know, she is a big fan of Tupac (every time I mention his name on this site, I get nervous). In the second verse she borrows some of 50 Cent’s bars from “Many Men”. This single could have been bigger, but “The Worst” probably cut it short since it’s still on regular rotation.

Sidenote: What does Cocaine 80s actually do? I mean he’s featured on so many songs, but I have no idea what his voice sounds like.

4. Spotless Mind
Produced by No I.D.
The beat to me can be best described as what I would expect to hear at a coffee shop with hippys and hipsters. So obviously it is tailored made for Aiko. This song is actually one of the happier songs I can remember for the songstress. It’s okay, but I like my R&B a little darker than this.

5. It’s Cool
Produced by No I.D.
I feel like this has to be the next single. I can already imagine the video. It’s a nice radio friendly song. The lyrics aren’t as deep as the first few songs, but the eclectic beat and the catchy hook makes me enjoy this. On top of that, I’ve never heard a female artist say, “At first I was just tryna f**k”.

6. Lyin King
Produced by Fisticuffs
So we get to the man hate here. The instrumentation gives off a somber vibe as Jhene tells the latest offender of love crimes that they “will never know”. The second verse would have made the kindest male go off of the edge though:

It should be pointed out that we are half way through her album and have yet to hear a guest feature. Her other two projects were packed with guests.

7. Wading
Produced by Dot Da Genius
Another smooth relaxing beat here. I mentioned that Tupac was her favorite rapper earlier, and she definitely shows it on this song by repetitively using his line, “Picture me rolling” but puts her own spin on it by following it up with lines like “with another dude”. I actually really like this to vibe out to as well, although I’m not sure the way the content is delivered here is as creative as she has shown previously on this album.

8. The Pressure
Produced by Fisticuffs
The first time I heard this, I thought it was a love song, but the next few times it clicked to me. The first verse starts off as a love song, but it’s talking about the pressure of the relationships. The second verse is talking about moving on from an unfaithful guy, while the rest of the song is somewhat sporadic. It’s a good joint though with an infectious beat, and intelligently simple lyrics that allowed me to imagine having a conversation with Jhene about these issues. 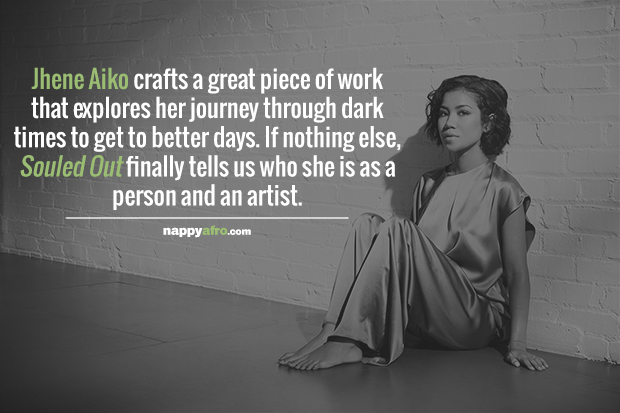 9. Brave
Produced by No I.D.
Here we are getting back to what I love about Jhene lyrically. She starts this song off with these lines:

Broken hearts are made for two
One for me and one for you
Tell me have you heard the news
We are now in love
So I guess that I should mention
That I am in no condition
To put you in this position
I might fuck this up
But what ever the case, you’re my favorite mistake
More than happy to make you
If you decide to stay, know there is no escape
There’s no one here to save you

This song is pretty much Jhene warning guys that she may not be ready, even if she wants to be. She has a little crazy in her. You saw the “Comfort Inn Ending” video.

10. Eternal Sunshine
Produced by Key Wane
This is an uplifting song. Jhene reflects on her life and admits that she is content. Nice song as we are nearing the end of the album. Yet another somber beat laced with soft keys.

11. Promises
Featuring Miyagi & Namiko; Produced by Röyksopp & No I.D.
This song starts off with Miyagi (Jhene’s late brother) and Namiko (Jhene Aiko’s daughter) singing “Twinkle Twinkle Little Star”. The beat is slightly darker than the rest of the album. The song is about what keeps Jhene going and working hard. This is one of the high points of the album as she allows herself to open up in a way we haven’t seen her before. This is also a song I would suggest to anyone who has a rough road in front of them, as it is very motivational as well.

This song has absolutely no format. It almost sounds like Jhene came up with a metaphor for herself (pretty bird) and just went to the mic and sung about her life. I love songs like this! Common comes in the end and drops a nice poetic verse, but honestly it kind of feels unnecessary. This was still a great way to finish an album.

The city heard, the sounds of a pretty bird
Yelling from Slauson to 53rd
What happens if you holla and can’t be heard?
For the birds and the drama, I paint these words
They say through the pain is how we learn
You landed on the window of pain, simple and plain
It’s hard for you to fly in the rain
The way love goes is not the way that it came
Come fly, un-die, be born again
I’ve seen the strongest of them be torn from men
Ripped apart and get put back together
Them the ones with the most beautiful feathers
Lets, flock together, rock together, Nirvana
A birds persona to be free and honor
The sky, that’s when you really most high
Unafraid of the unknown and now we know why

Bottom Line:
This album is not at all in the same vein as her previous projects. Completely different, but it’s easy to understand the transition. Jhene Aiko’s previous two projects were muddled with guest features (Drake, Kendrick, Ab Soul, Kanye West, Miguel, and Childish Gambino) and had songs that sounded more like Hip-Hop songs rather than R&B. On this album however, Jhene carries her own over 12 exceptional songs with only 4 guest (2 being her daughter and brother who aren’t even artist and the other being Cocaine 80s, who constantly finds ways to get feature money without doing anything).

Jhene crafts a great piece of work that explores her journey through dark times to get to better days. If nothing else, this album finally tells us who she is as a person and an artist. As a person she is a beautiful, free soul who has grown lifetimes away from being Lil’ Fizz’s cousin. As an artist, more importantly a singer, the traits of her personality can be heard, as she puts all of her into her music. She doesn’t have Beyoncé, or Keisha Cole’s voice. She is more of an Aaliyah and Sade hybrid. Vocally she hits the same notes as Aaliyah with smooth sultry vocals, that can betray innocence even when using the most obscene lyrics, yet she tends to sing about darker subjects of less poppy beats like Sade. This is a great album, and I’ll actually being spending my money to buy a physical copy.