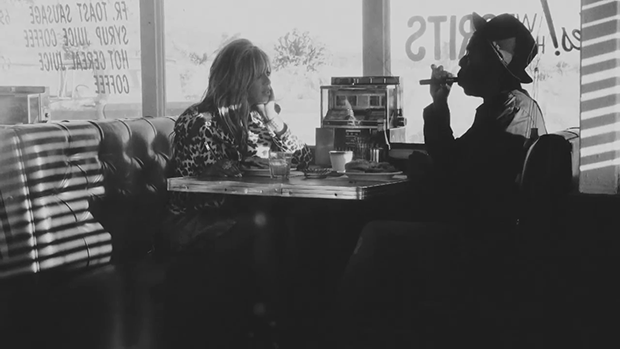 I thought this was the actual movie for that fake trailer Jay Z & Beyonce dropped back in May, but it’s really more of the trailer they dropped for their upcoming HBO special. Confused? Well, there’s two more of these coming (And I suppose the rest are also barely 2 minutes long?).

Director Dikayl Rimmasch captures Mr. and Mrs. Carter as two outlaws speeding through the Californian desert, in the first of three black-and-white short films premiering this week on NOWNESS, as featured in their On the Run tour.