The First Episode of ‘Grown-ish’ [Review] 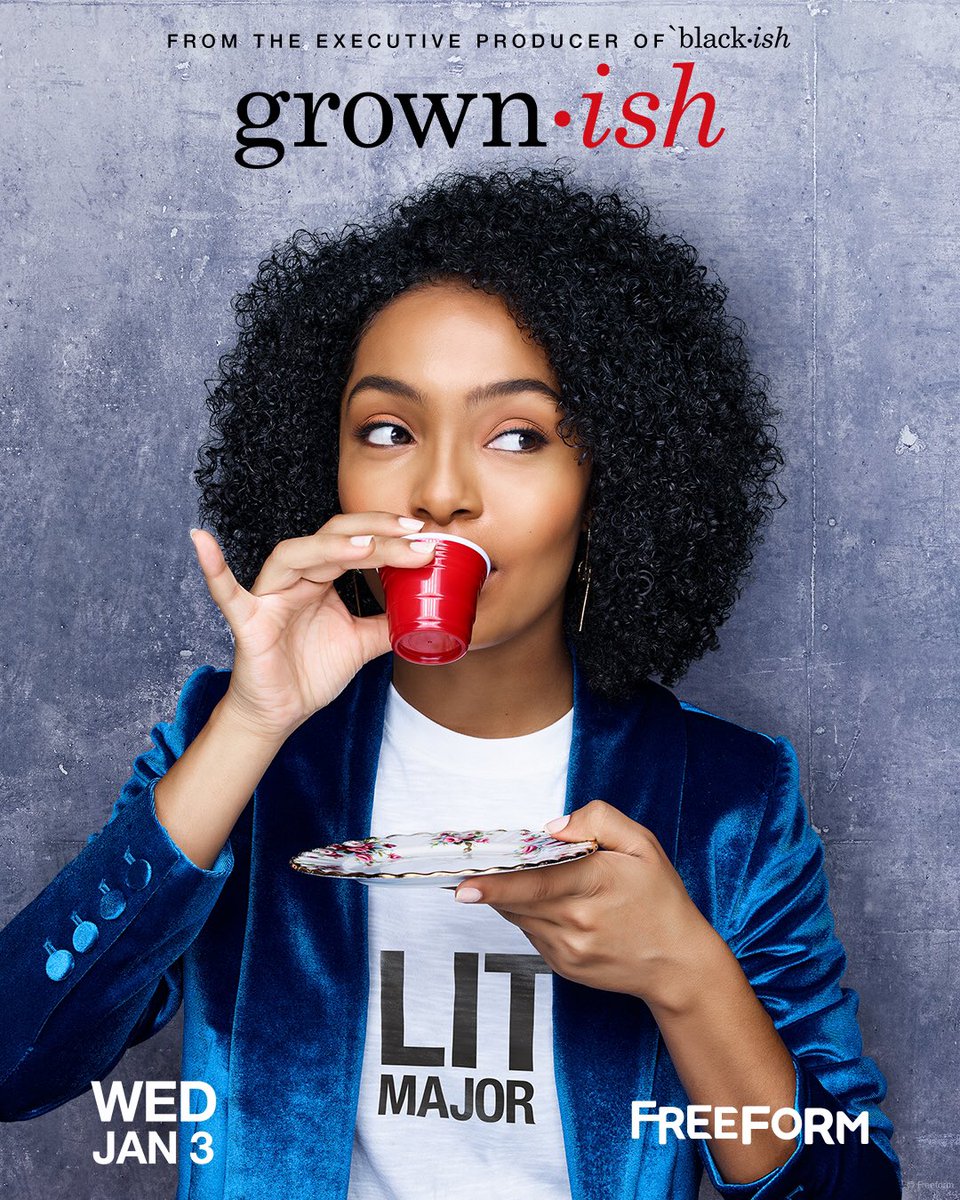 Grown-ish is the new-ish spin-off series debuting on Freeform. With the critical acclaim and success of one of the funniest series on television, Black-ish. ABC found itself in a predicament most networks have upon distributing a hit series, either make copycats or produce a spin off. ABC decided to go with the spin-off thus the birth of Grown-ish. Coming from the same creative team as Black-ish, Grown-ish is produced by Kenya Bariss and Anthony Anderson. The show centers around Zoey Johnson (Yara Shahidi) as she leaves the nest  and her family behind and ventures off to college experiencing adult hood for herself. If the premise sounds familiar, its been done a few times with Save By The Bell and most notably A Different World. When news of the spin-off and premise being greenlit, I had a negative reaction. My mind went immediately to A Different World. It had to, it’s the only other series that depicted Blacks in a world of higher education. It broke ground, started careers, and became a cult classic. In my mind the bar was set high. Could it live up to A Different World let alone its predecessor Black-ish.

The pilot episode “Late Registration”, a nod to Kanye West, centers on Zoey’s first week of college. Notably her first day of night class where she meets her professor and father’s coworker Charlie (Deon Cole). As a fan of the character Charlie in Black-ish, I love the idea of getting him more on screen. On Grown-ish he brings an extra layer of comedy to a cast of non-comedians.

On Zoey’s first day she also meets The Breakfast Club, the name for her soon-to-be gang of friends. There’s Nomi (Emily Arlook),a foul mouth white girl with edge who’s also hiding that she is a closeted bisexual played hilariously by Arlook. There’s also over achieving twins Jazlyn & Skylar, the university’s top track recruits who must maintain a level of perfection while secretly being ratchet played by YouTube sensation and Beyoncé proteges Chloe & Hailey Bailey. Reintroduced from a episode of Black-ish is Arron (Trevor Jackson) the overly woke Black Lives Matter enthusiast who may or may not have a thing for Zoey.

Like Black-ish, the show relies heavily on narration by Zoey as she weaves in and out the flashbacks of characters like drug dealer Vivek (Jordan Buhat), who suffers from daddy issues. Also, Jayden Smith dapple ganger and hipster Luca (Lucka Sabbat) who may also have a thing for Zoey. Finally, Zoey’s new-found frenemy and lone republican Anna (Francia Raisa) who has it in for Zoey after being ditched by her at a party. The show does a good job setting up its central characters and their connections as they seem grounded and relatable. After watching the pilot, I realized the show doesn’t have to live up to A Different World or Black-ish. Though the constructs are similar, the show stands on its on showing what it’s like to be a millennial in college. 8/10