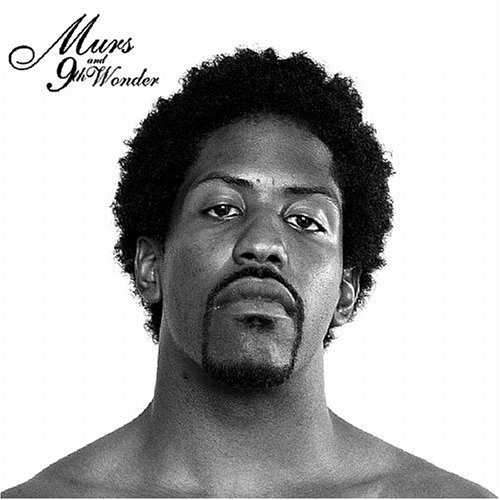 The only reason I ever even looked at this CD was because 9th Wonder’s beats. He already was one third of Little Brother, not to mention his production work with Jay-Z (“Threat” & Black Is Back), Tru Life (“New New York”), & Nas (God’s Stepson), among others. I really didn’t know much about Murs. I heard he had out about 12 albums, solo and with various groups, I haven’t heard one, so I figured he was underground. Plus, I read he had two albums dedicated to Christina Ricci and Lisa Bonet (what?) with a rapper named Slug. Okay, well whatever. Also, this is their second album together. Here goes…

Murs Day
Produced by 9th Wonder
In the album’s intro Murs flows like a vet, shit, I guess he is. 9th Wonder of course come with a soulful track and some how finds a sample of a man that actually says the words “Murs Day”. The line about: “I got a little money and I coulda bought a chain, but my momma woulda killed me, simple and plain” brought me in.

Murray’s Law
Produced by 9th Wonder
I guess this could also be taken as an intro (the first track was 1:54, this one 2:39). This is just Murs talking greezy, which ain’t bad since he ain’t talking about a shooting (“I got a right hook, that a vacate ya Timberlands”). Getting at wack rappers also with: “Is this really where you wanna be when Jesus come back? Lyin ’bout your life, over beats comin whack?”

Silly Girl
Featuring Joe Scudda; Produced by 9th Wonder
See, this is what I talking about. Here Murs is rapping about girl problems. Not that original huh? Well instead of talking about how he tricking for women’s clothes or how all bitches fall at his feet, he actually sounds somewhat realistic. Subjects like girls making you wait to get the pussy just to keep you around are close to my heart.

Barbershop
Featuring Big Pooh; Produced by 9th Wonder
This song’s basically about what we black folks do at the barbershop. They bring in Big Pooh from Little Brother to help. Okay song, you can tell some of it was freestyled though.

Yesterday & Today
Produced by 9th Wonder
The 9th beat on this is sick. Murs raps about feeding his kids and the problem working a nine to five and sometimes putting your pride aside. I can relate to that better than selling bricks and where $100,000 jewelry.

Dreamchaser
Produced by 9th Wonder
This is a good song that’s about looking up to your local neighborhood gang banger when you’re only nine. Murs actually captures the feeling saying things only a kid would look at as cool like guns, getting jumped in a gang, and jail time… okay maybe not just kids think these are cool.

L.A.
Produced by 9th Wonder
I didn’t really like this song. Murs raps about was goes on in his city, but the beat didn’t speak “Los Angeles” to me at all. SKIP!

Love & Appreciate
Produced by 9th Wonder
I guess this might be called a love song (maybe love and almost lost anyway). He delves into a past relationship and how it got too “familiar” and the attraction started to sway. This might be one you play when you and your long time fight and you think about cheating. It might get your ass to stay at the house.

D.S.W.G. (Dark Skinned White Girls)
Produced by 9th Wonder
When I first heard this song, I kind of laugh because I thought Murs was trying to get at some White groupie love with this one. But I guess everyone needs an anthem, even the White girl who acts black, gets jump by the Black girls, and is praised by the Black man (he says this in the song). I don’t mind this one at all.

Murray’s Revenge
Produced by 9th Wonder
The title track and the closing of the album, Murs uses this track to spit a little fire (“The dopest MC to walk, talk it, and live it”). 9th Wonder provides a hard hitting track which provides room for this (I know underground heads love this one).

Bottom Line:
I had my reservations about the CD before I listened to but it turned into one of the best I heard this year. 9th Wonder provided great production while Murs provided great insight and lyrics that everybody can relate to. If you want something from the norm, check this one out.

nappyPicks: Everything except “L.A.”… Better yet, just buy it if you can find it, you know it need the sells.