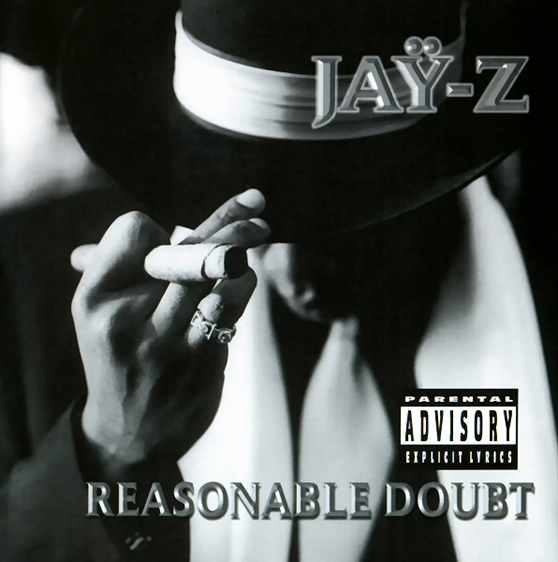 We’ve expanded! The redesign isn’t the only thing that we’ve been working on. We also added another member to the squad. I want ya’ll to give it up to the one, the only, SBK! This is the newest member to the nappyafro team! Be on the lookout for him and show him the same love ya’ll show us. You want to know some stuff about the dude, HIT THE STAFF PAGE UP! But once again lets all give SBK a round of applause! (CLAPS) NOW GET YO ASS OFF THE STAGE AND GET TO WORK!!! – King Jerm

1996, one of the best years in the golden age of Hip-Hop, was when many albums released that were immediately deemed classics and now stand established as timeless standards for many of today’s releases. Albums that were released during this amazing year include: It Was Written (Nas), All Eyez On Me (2Pac), The Score (Fugees), Ironman (Ghostface Killah), and many more. But out of all of these incredible albums is one that has indefinitely stood the test of time over 12 years later. This album that I am referring to is Jay-Z seminal classic Reasonable Doubt. Jay-Z’s debut album is considered to be one of his best, if not the best, album he has released to date. This includes all of the other landmark albums in his catalog like The Blueprint (2001) and The Black Album (2003). From the pounding heartbeats on the onset of “Can’t Knock The Hustle” to the “Roc-A-Fella y’all” echoing on the fade of “Regrets”, Jay-Z takes you on a journey with words weaving inside and out of the life of a hustler.

On the Classic Albums: Reasonable Doubt DVD, Jay-Z states in regards to the album initial response from critics upon release in 1996, “…In the beginning people wrote it off as just another type of that record, a gangster persona. In the beginning it was absolutely misunderstood.” Jay-Z really hit a major point with this statement in why it took so long for people to catch on to the album as a classic and to really cherish its value. From the lyrics to the beats, nothing is missed or left out by the artists or the producers. With lush, soulful sampled beats by the likes of DJ Premier, Ski, and Clark Kent, Jay-Z was able to drop narrative lyrics depicting the lifestyle of a hustler. Songs like “Regrets” vividly tells of a hustler’s way of life while also describing the inner feelings and emotions of a hustler in the midst of the various things being done from gambling to drug trafficking to killings. Within these streets tales of a hustler you also gain knowledge about the streets from an intellectual point of view such as in the song “Bring It On”, where Sauce Money rhymes “Said we was garbage, so fuck college/Street knowledge amazes the scholars where we coin phrases for dollars”. In this bar Sauce Money is saying that they don’t need to go to college or have use for it when people claimed they were garbage or nonsense because those same scholars in college are the ones who are more amazed by street slang and words than they are from what’s being taught in school. This statement still hold much truth in today’s times as phrases like ‘Hyphy’ and ‘Crunk’ have more recognition and use by students in school than words like ‘Hyped’ and ‘Excited’ which mean the same thing (E-40 and Lil Jon are coinin’ major dollars from scholars for phrases). If you really examine the lines and listen closely to the words that are being said, you will see that it’s more than what meets the ears and truly has substance. As said on the DVD, this album was 26 years in the making from Jay-Z perspective as he gathered up everything that he had been through and experienced, and put it into this album in rhymes, metaphors, and similes. For this reason alone is why people shouldn’t be expecting another Reasonable Doubt quality album release from Jigga when in reality he’s chillin’ in Spain with Beyoncé and is no longer hustling on the block dodging three shots at close range (“Divine Intervention”).

Jay-Z put his heart and soul into this album as evident with his lyrical wordplay on songs like “Can’t Knock The Hustle”, “Brooklyn’s Finest”, and “D’Evils”. For this reason alone is why an album like Reasonable Doubt should be treasured and valued as the classic masterpiece that it is. Instead of releasing albums and songs just to make $100K or sell 5 million ringtones (lol) and eventually go double aluminum, rappers nowadays should use classic albums like these to study and improve their skill and ability. Yeah Jigga was speaking about the same Mafioso themed topics than many rappers did back during that time and even still today, but the difference was how he presented the theme within his lyrics and how they couldn’t be perceived as just some more “gangsta talk” if you really listen closely. RAPPERS STEP YOUR GAME UP!!! (Cause y’all ain’t done shit since ’96). If you don’t currently own a copy of Reasonable Doubt do yourself and the rest of the rap game a favor and go to your local Best Buy, Circuit City, music store, whatever, and purchase it ASAP. You can “Walk It Out” right past that Soulja Boy Tell ‘Em (lol). Also, pick up the Classic Albums: Reasonable Doubt DVD; it’s a great documentary video explaining songs on the classic album, producers showing how they made some of the beats, current artists speaking about how the album influenced them, and more. Thanks for the classic Jay, it set the standard.