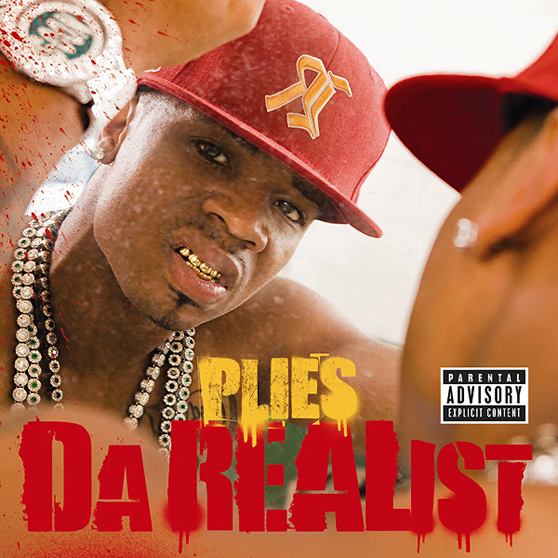 No this is not a glitch in the matrix, Plies has released another album THIS year. While everyone is complaining on how bad the market is, Plies is dropping music. Plies, has saw some success with two gold albums under his belt, now it’s time to turn it into platinum. Six months ago, Plies dropped Definition of Real, which was received pretty well. Now he’s returning with Da Realist, which I’m sure is going to be in the same vein as his last projects. Plies knows what works for him, and it’s obvious that he has people that like hearing this music from him. Will they support two projects in one year? Let’s see.

Me & My Goons
Produced by BC
Plies comes out the gate with a goon song that will have the goons and goonettes going nuts when they throw in the CD. Plies knows how to kick off an album. Plies is over pronouncing his words to make it rhyme, sort of like what Jeezy used to do. Not a bad start.

Fuck U Gon Do Bout It
Produced by Trae Coner
First thing, you notice is the club feel on the track, which will have the bodies moving. This is something the goons can sing at the club. I don’t like the hook, but I can stomach the song. This song puts you in the mind of “Get Low” by the way Plies is chanting on the song.

Gotta Be
Produced by BC
Plies sounds like Trick on this song. I like the message of the song, a person just getting out of jail, off probation, just beat a charge, or got away from the police. I just don’t like the beat on the song, it’s too sappy for Plies. Its official, Plies is the voice of the hood now.

Want It, Need It
Featuring Ashanti; Produced by JR Rotem
So my girlfriend (Ashanti) that is currently cheating on me lent Plies some vocals on this track. This is a play on The Deal/Babyface’s “Two Occasions.” Good song, I’m glad that Ashanti didn’t get slutted out by Plies. I’m sure that a video will accompany this track. Be on the lookout for this video.

Family Straight
Produced by Infamous & Laurent “Slick” Cohen
Plies gets back on the reality tip talking about family issues: little cousin screwing, aunt with AIDS, grandma on the kidney machine. When Plies gets on stuff like this, a whole lot of people feel him on these topics.

Make a Movie
Produced by DVS
Plies is back at the club on this one! Check out the hook,” I’m on Yac, she on goosie, all my niggas keep ya toolie!” This is for sure for the clubs and it should have the clubs poppin when it drops.

2nd Chance
Produced by DJ Nasty & LVM
Plies shines some light on the issue of people serving time then get out and still continue to serve time. I really don’t go to Plies for my social commentary, but the homie is right on this song. Don’t judge the messenger, just listen to the message.

Spend The Night
Produced by Ke’Noe & Young Kwon
Plies gets extra cheesy on this song….SKIP!

Heard Of Me
Produced by DVS
Plies does his thing over this beat supplied by DVS. Once again Plies sticks to the recipe and delivers another treat for his listeners. When Plies makes songs like this, I can see why people go to bat for the dude. HOT.

All Black
Produced by Kane
This is one of my favorite songs off the album. On this one you got Plies damn near singing, but he’s singing some of the grimiest lyrics you ever heard. This song is straight FIRE! The title tells you all you need to know.

Street Light
Featuring Sean Garrett; Produced by Midnight Black
This song sounds like filler, the beat is alright, but the hook is what kills any chances the song has of making it. SKIP.

I Chase Paper
Produced by Drumma Boy & 808
Why do people keep getting Drumma Boy to give them recycled beats? Plies is back at it again with another hustler anthem. Music like this is food for this money hungry generation. I think the subject matter has been overused and not imaginative at all.

Pants Hang Low
Produced by Mannie Fresh
Mannie changes up the pace on the album with this track. The topic of this song is DUMB. The last thing I want to hear is a song about your pants hanging low. Who let this one slip for a single? The beat sounds like five other Mannie Fresh beats, so I can’t give a pass on that one. I really hate the hook on this song!

Co-Defendant
Produced by T-Minus
Plies lets everyone know that it is better to do your dirt all by your lonesome. That way you won’t have to worry about anybody turning STATE on your ass. The beat is HARD on this one, and Plies is telling it like it is. BANGER.

Put It On Ya
Featuring Chris J; Produced by No I.D.
Plies ends his album on the girly tip. I can’t front, the ladies will love this song. This is actually his second single off the album. Plies said this would be a #1, and it does have that feel to it. Coming off the success of “Bust it Baby” I can’t be mad at Plies for including songs like this in his catalog.

Bottom Line:
To coin a phrase from B-Easy…Plies didn’t reinvent the wheel on this effort. He stuck to what he knows, goons, women, and thuggery. Can you fault a man that is winning doing what he does best? Plies supplies HIS audience with THEIR type of music. He raps for the goons and the goonettes, and they will appreciate this offering. I don’t think that this album will push platinum numbers, but it will stay consistent in going gold for the Fort Myers native. Plies didn’t aim this album to the female listeners like he did on Definition, but he didn’t abandon them either. Overall, you can consider this a win in the Plies category.