The Numbers Game: Common Enters At #12 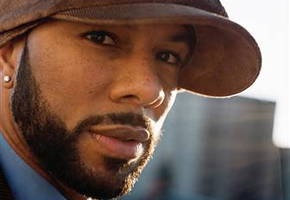 Damn, I’m really running late on this edition of The Numbers Game (What you want me to do? I have a life!). What’s weird is that this week surprisingly featured a lot of debuts. We have one Hip-Hop artist and three R&B artists debuting in the Top 50 this week. Common’s 8th album, Universal Mind Control, takes the 12th spot on the charts and pushes around 80,000 copies. That’s not bad considering that the critics wasn’t exactly in love with this album (But then again, I can’t remember how many times I saw that Zune commercial…). On the R&B front we saw Musiq Soulchild lead the new releases with On My Radio at #11, then Brandy at #15 with her 5th studio album Human, and then Avant (Who I didn’t know had an album coming out) with his self titled 5th album at #26. I also thought EPMD‘s new album We Mean Business would at least make the Top 200, but it didn’t (I know we said we was gonna review it; it’s coming). Next week we get to see how Plies and Soulja Boy do…actually we might not; Christmas is on Thursday. Let’s check out the Top 50 Top 26 (Apologizes for the quick post).