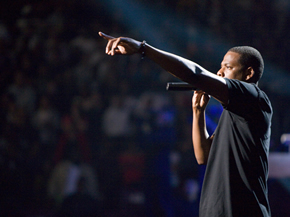 “Please don’t bow in my presence/How am I a legend?/I just got 10 number one albums/Maybe now 11?” (From “Thank You” by Jay-Z). I don’t think anyone is surprised that Jay-Z‘s The Blueprint 3 captured the #1 spot on top of the Billboard charts (Now it’s 11). Seeing that this album leaked nearly two weeks prior to the official release, I think selling 476,100 albums in the first week is a win. But I won’t spend too much time on Hova though; We got another important release this week (And some jackasses might start bitching about me giving Jay-Z any props). Note: Jay-Z also came in at #30 because of Def Jam’s re-release of The Blueprint/The Blueprint2 collection. Clap for him.

The other big release this week is by none other that The Chef himself Raekwon. Even though I do a weekly column called The Numbers Game, I really believe that an album’s quality or success shouldn’t be strictly measured in sales. I think as soon as the general consensus came in that Only Built 4 Cuban Linx… PT II was a great album, it is was successful right then and there. Besides that, it didn’t do too bad on the charts either. Coming in at #4 is a really good look for Rae. But it does make me scratch my head that I heard constant “classic” chants about the album last week but you punks couldn’t push the album sales in the 100,000’s. Still good though.