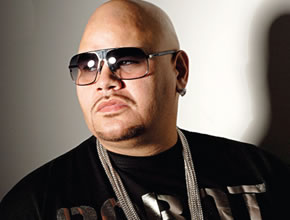 This is another one of those weeks where the movement on the charts is really slow (For Hip-Hop at least). We do have some new entries though; two to be exact…

The first debut this week is Fat Joe‘s 9th album Jealous Ones Still Envy 2 coming in at #73. I understand that these days album sales are gonna be lower but this is an album that featured such names as Akon, T-Pain, Lil’ Wayne, & Swizz Beatz. You would think it would have done better. Did 50’s antics cause this or help it sell more than it would have? [King Jerm reviewed J.O.S.E. 2, check that out here]

One that we missed reviewing (We may still get it), is Saigon‘s Warning Shots 2. Now in this instance, coming in at #170 may be a small win for Sai. This may or may not be considered Saigon’s debut retail album but honestly, I didn’t think it would even make the charts. Now if Turtle was still managing him… (Dated Entourage reference).

Lastly, I guess maybe I should touch on DJ Webstar & Jim Jones album, The Rooftop. You won’t see it on the charts because it didn’t make it. That’s not a diss; I don’t know any sales figures but the last album on this week’s charts sold around 2,000. So The Rooftop had to sell less that that. Damn! Are you really mad we didn’t review that?