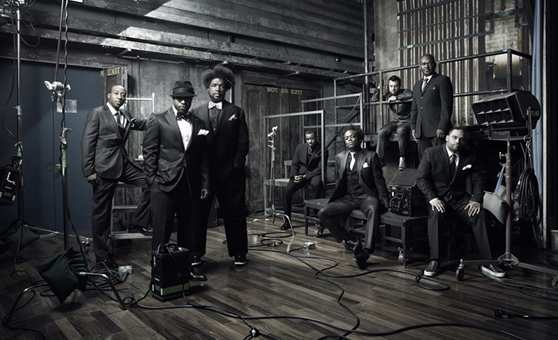 The transition of Phonte to a singer (who’s Foreign Exchange is nominated for a Grammy this year) and the anticipation of Lil’ Wayne’s Rebirth Rock album, I’m looking for other transitions this year. Now, I’m not talking about transitions like Flavor Flav’s transition to singing on his new song, but those moves that have potential to be…well, good.

Brandy as (Rapper) Brand Nu:
In case you’ve missed it, Brandy is plotting on a serious comeback, if you want to call it that. Check her out on YouTube to catch her giving you flat out singing greatness with no tricks, music, or Auto-Tune. While her impromptu singing performances have people buzzing and remembering what a great pure voice she has, her rapping has this dog;s ears really perked up. The female emcee game is a HOV lane on a highway of single occupancy cars…WIDE OPEN. While Nicki Minaj is taking the attacks of sexsationalism, Brandy has an image that isn’t marred by the controversy that is a women and her embracing her sexuality. Here’s the real caveat to that…she’s pretty good. You can hear her on “Symphony” on Timberland’s Shock Value II. Brandy, if you are reading this, you have to make this happen. Folks are really checking for you to do this, and are eager to hear you and Rodney Jerkins hook up and give some heat to the game.
Example: Timbaland feat. Brand Nu, Attitude, & D.O.E. – “Symphony”

R.Kelly as MC Kellz:
Scandal aside, this man’s musical dexterity and ability are unrelenting. His typically sets the trends in the game and makes others try and do what he’s perfected. On his latest offering, “Crazy Night”, we hear MC Kellz do more of the rapping that he’s slowly been working into his albums. Never mind that its a melodic clone of “Pop Champagne” by Ron Browz, he’s not half bad with the lyrics. I’ve also heard that with the explosion known as his Trapped In the Closet series he’s toyed with the idea of producing a play that sings sentences like he did in that song. Color me curious as well as optimistic. I mean, we are talking about a guy that has made some off the wall shit sound good and become hits, just check his catalog for examples.
Example: R. Kelly feat. Rock City – “Crazy Night”

The Roots with (Singing) Black Thought:
We’ve all become used to the musical prowess of The Roots music and Thoughts ever mastery on the mic. They are no longer our dirty little secret as Jimmy Fallon nabbed them to be his house band on his Late Night talk show. From the first moment we heard Thought hit melodies on some of the sketches to the impressive renditions of guests movie and show themes, everyone else outside of Hip Hop was introduced to this band that can sing and play, and has a black front man. As I attempt to remove my bias from the equation, they have secretly become the real reason folks still tune in. Don’t get me wrong, I’m not saying that we will hear Thought singing some slow song a ccapella or them taking on he vocal acrobatics of “Halo” anytime soon.
Example: The Roots – “How I Got Over”

Angel Lola Love as Lola Monroe:
Ok, so this transition isn’t completely new and since the competition is so thin that I feel like I’ve been hearing about this move forever? Anyway, Angel Lola Love used to be on the arms of various cats in videos and causing sticky pages for some in magazine spreads across the country. She’s decided that she wants to hang up the thong and be a emcee. To back this up, she’s even (supposedly) dropped some mixtapes out there. I’ve heard her flow, and she’s not bad. I’m just excited to see more visible female rappers in the game again, cause as you know, Saule Wright loves the ladies.
Example: Yo Gotti feat. Lola Monroe, Lil’ Boosie, & Trina – “5 Star Bitch (remix)”