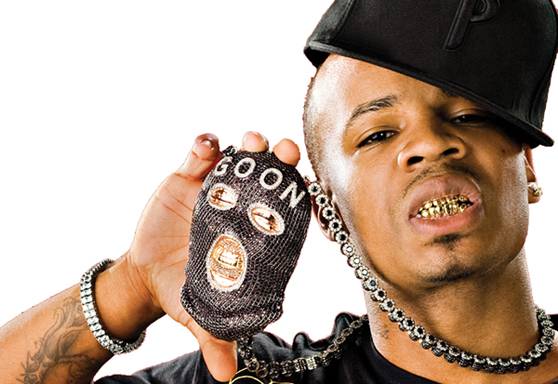 Here’s the complicated relationship that I have with Plies‘ music: Although I’m not a fan of music, I know more songs than I should. Why? Because every album is full of terms or sayings that are unintentionally funny. On his new album Goon Affiliated, my favorites are “Bruh Bruh” & “Wanna Rob Myself”. Ignorant terms aside, Plies’ new one landed at #5 and sold almost 60,000. Yes, it’s his lowest selling debut to date but that still not bad bruh bruh (See what I did there?). [Read King Jerm’s review of Plies – Goon Affiliated]

Gym Class Hero Travis Travie McCoy hits the charts with his debut solo album Lazarus charting at #27. No, we didn’t review this album. And that’s no diss at Travie; I kinda like “Billionaire”. But come on; Did y’all really want us to review this album? Really? Then again, I do have it so you never know.

Rhymefest‘s sophomore album El Che barely sells 1,000 copies. Damn. And I say damn because ‘Fest has been making music videos for that album at a pretty good rate. Where you at Chicago? But hey, sales are not everything. [Read Saule Wright’s review of El Che]

Other Thoughts:
Even though Christina Aguilera isn’t Hip-Hop, she’s talented so that’s why I included her numbers for Bionic.
I not that familiar with Kutt Calhoun‘s music, but I do know that this once again proves that Strange Music is a good indie label. Plus I thought Kutt was part of Cool Breeze’s click.