Justin Bieber Might Be the Next GOAT White Rapper? 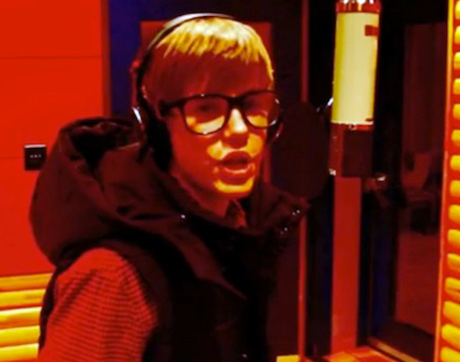 Don’t adjust your eyes…Justin Bieber is on nappyafro! I know that everyone heard the latest freestyle that Young Sire laced us with, but if you didn’t…you know King Jerm is going to put you on!

First thing that caught me is that he was rapping over a CAm’ron/Vado beat…1 Point, next thing that got me was his delivery…another point. Basically, Shawty Mane (that’s his rap moniker) is going to be a problem if he keeps this up. If you think Drake had the game on lock…wait until Bieber-Fever hits the urban market (it already has…Princess Jerm loves this dude). I am going on record and saying this now before a couple years go by and Shawty Mane is sitting at the top of the game. Check out the freestyle and then weigh in with your comments.

Update: Vado shares his thought about the freestyle

I was shocked! He killed it! He sounded like [Notorious] B.I.G. When I seen it on Twitter, I didn’t believe it. We need to keep his verse for the remix! We might finish the remix this weekend, and let Justin go first. I’m definitely going to contact him. I’ll do that ASAP … I might gotta do a remix to one of his tracks.