Photos by Arkitekt (On an iPhone) 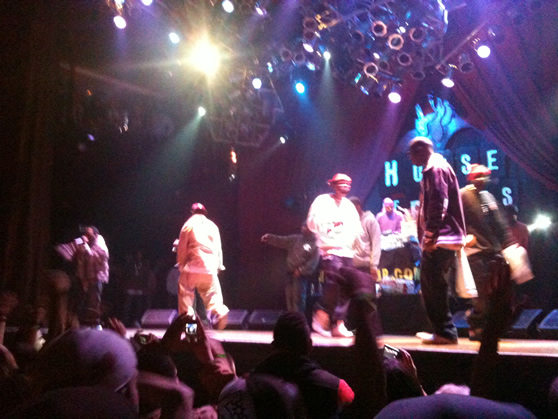 The Wu-Tang Clan performed before a half-filled House of Blues on December 3rd. The bottom level looked to be sold out, but the majority of the balcony was empty. Nevertheless, it didn’t stop the clan from tearing down the place. They took stage for nearly ninety minutes and performed classics from their group albums Enter The Wu-Tang (36 Chambers) and Wu-Tang Forever to their numerous solos. One thing you can always count on when seeing the Wu is their special guest appearances. This may be the case because there always seems to be one member missing (RIP ODB). For the Rebirth Tour, they brought along Cappadonna to help contribute on tracks “Triumph”, “Ice Cream”, and “For Heaven’s Sake”. Boy Jones (Ol’ Dirty’s son) brought energy for the entire night as he stood in for his late father. One of the highlights of the night was when he performed his father’s “Shimmy Shimmy Ya” and had the entire audience singing it word for word. 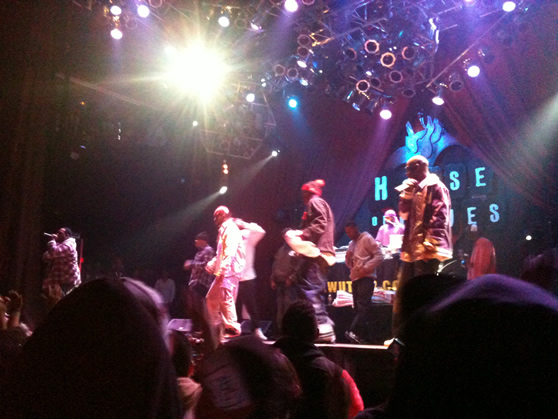 Just about every song had the Wu vibing off the crowd’s energy, but some of my favorite cuts were “Bring Da Ruckus”, “C.R.E.A.M.”, “Method Man”, “Duel Of The Iron Mic”, and “Triumph”. The only disappointing thing was the disappearance of RZA. I’m sure he’s busy directing his first movie The Man With The Iron Fist, but this is two times in a row that RZA was a no-show in Vegas. Another place where I think the Wu can improve is their set list. They didn’t play any wack shit, but they didn’t play anything post Supreme Clientele (2000). The entire clan is still putting out great music, but we seem to never hear any new material. I wouldn’t mind hearing new songs like “New Wu” or “Yolanda’s House”.

I must also mention the opening set by The Notorious L.A.D. also known as La the Darkman. The Wu-Tang affiliate murdered his set, and probably had the best opener I’ve seen all year (next to Grieves). He played a lot of joints of his 1998 debut Heist Of The Century, such as “Wu-Blood Kin”, “Shine”, “Devil In A Blue Dress”, “Lucci”, and “Street Life”. Alone, L.A.D. raised the score of what should have been a B+ to an A-. 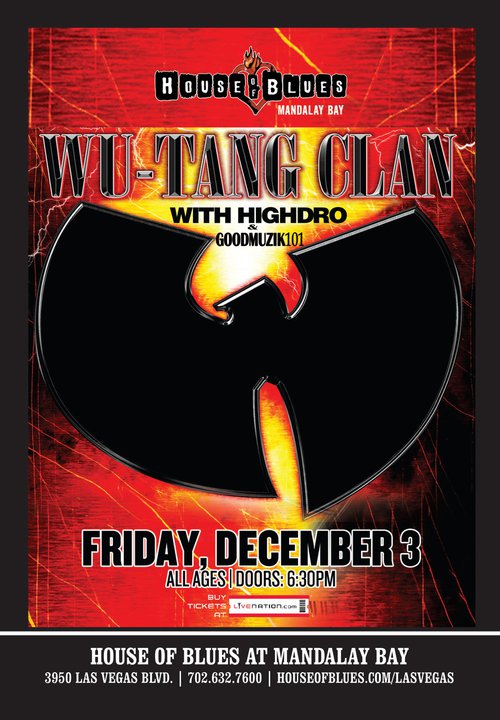