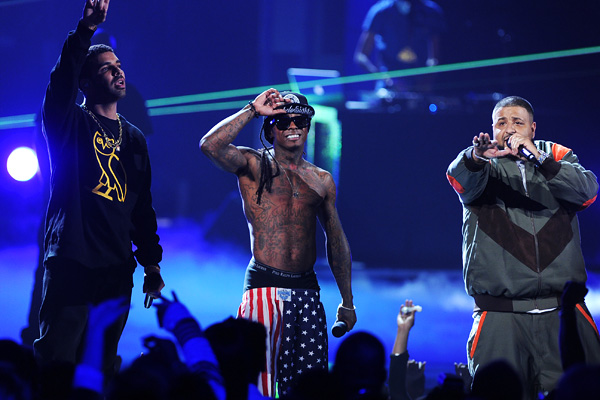 For the first time in a long time, I actually watched the BET Awards this year (Or as Lil’ Kim called it, the EBT Awards..which King Jerm said he coined first). I won’t front, it’s wasn’t as terrible as I thought it would be; Kevin Hart helped a lot because he did his thing on the hosting side. Plus it did produce some memorable moments and performances during the night.

Surprised that Rick Ross performed “Aston Martin Music”. It would have been a good look to bring out Pill, Meek Mill, & Wale. Ross did bring out Lil’ Wayne, Khaled, & Ace Hood to preform “Hustle Hard” (Street/hood anthem of the year?). This won’t be the last you see Ross & Weezy.

And to think, we all counted out Breezy at one time. I have yet to see Busta Rhymes not nail that verse from “Look At Me Know” when he does it live.

Half way through Alica’s performance, I was like, “Is she playing ‘Maybach Music II’?” She was; Ross then comes out and does his verse. Pretty cool seeing as she had already brought out Bruno Mars. Good stuff.

I’ve read that Big Sean didn’t put on the best live performance and this kinda proved it. I’m still happy that he got to perform at the BET Awards though because his album Finally Famous is dropping Tuesday (Look out for that review soon).

And The Winner Is…..Tiffany Green

Contest winner Tiffany Green had the most awkward moment of the night hands down. And to keep down the confusion, Chris Brown actually won the award.

Some people thought Beyonce was actually at the BET Awards. Naw, she closed the show from Glastonbury. Come on now.

Can somebody explain to me why Birdman was standing in the background in the dark through most of this performance? And why wasn’t DJ Khaled, uh, be DJ’ing?

There was some other things like The Real Husbands Of Hollywood, the Bieber & Nicki Minja fan square-off, a Chocolate Drop sighting, and a Patti Labelle tribute that was pretty good, but that’s about it. Oh yea, I and guess some awards were handed out.