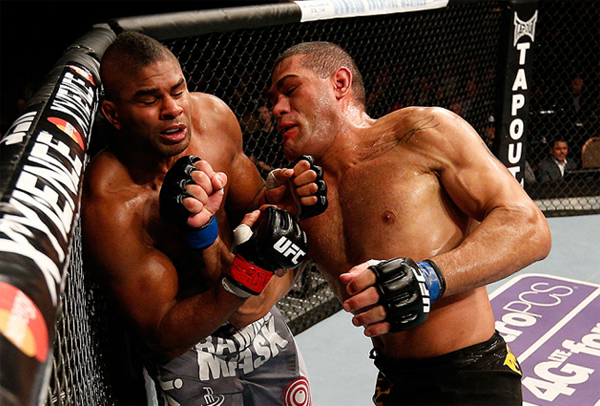 As I watched Alistair Overeem’s interviews prior to UFC 156, I couldn’t help but wonder if the heavyweight was setting himself up for failure.

He openly discounted Bigfoot Silva’s abilities before the match and showed his lack of respect for the Brazilian during the match. By foolishly keeping his hands down, Alistair presumably was trying to make this potential win look easy. Overeem apparently had no intention of learning from past fighters’ mistakes.

As he did with Travis Browne last October, Bigfoot patiently waited for Overeem to provide him the inevitable opportunity for a knock out. That opportunity came, Silva took advantage, and now he may be looking at a title shot against Cain Velasquez. 25 seconds into the third round, Silva landed one big shot after another while Alistair dropped to the mat.

This fight was perceived, by fans and Alistair alike, to be a walk in the park for Overeem. He was going to make quick work of Silva, hopefully make it look easy, then fight Cain Velasquez for the heavyweight championship in the summer. But unfortunately for Alistair, that’s much easier said than done.

Now he’ll need another win or two among the top ten to earn another title opportunity. A match between he and Junior Dos Santos makes sense since Junior has stated his desire to knock out Overeem after his failed T:E ratio test before UFC 146. They’re both coming off losses and are considered top 5 heavyweights.

Frankie Edgar lost his featherweight title fight to Jose Aldo on Saturday. An interesting fact to take note of is that this was Frankie Edgar’s seventh championship fight in a row. This guy only fights champions.

Immediately after the card, Anthony Pettis texted Dana White looking to bypass the congested lightweight division and challenge Jose Aldo for the featherweight belt. White seemed open to the idea during the post fight press conference.

Rashad Evans came out flat against Nogeuira, stifling any notions of him possibly challenging Anderson Silva this summer.