Alistair Overeem Returns To UFC This Saturday At UFC 156 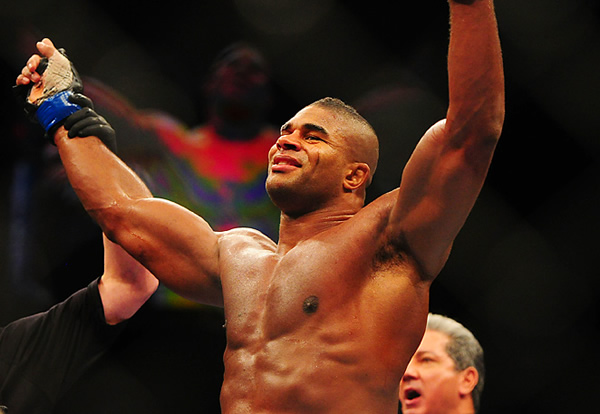 Heavyweight Alistair Overeem returns to the octagon this Saturday for the first time in over a year. His suspension for failing a T:E ratio test last spring that signified use of performance enhancing drugs has finally ended.

Before getting the championship fight that he earned when finishing Brock Lesnar over a year ago, he will face Antonio “Bigfoot” Silva in a number one contender match.

Overeem is rightfully favored at about 4 to 1 over the Brazilian. Alistair is much faster in general and has significantly better striking skills. The most devastating weapons of Overall’s are his knees. You can see how effortlessly he lands them on Brock’s body at UFC 141, especially in the clinch.

This is to be expected from one of the best former K-1 kickboxing champions. Alistair has polished his grappling game adequately, allowing him to strike freely without fear of being taken down. He is known for his guillotine choke and has the ability to submit more refined grapplers than himself. He represents the modern well rounded fighter so well that a match against he and Cain Velasquez for the championship is likely in his near future.

Bigfoot Silva is coming off a win over Travis Browne back in October. Prior to that match, he lost to both Daniel Cormier and Cain Velasquez. Silva is a veteran of the sport but seems to have trouble against quicker, well rounded fighters. Velasquez finished him with ease and Overeem is widely considered to be on that level.

Alistair has been on a path towards the UFC heavyweight championship and I don’t think Bigfoot will have enough to stop him.

The UFC is stepping up their Super Bowl weekend offering with UFC 156. The card is headlined by a super fight between two of the best fighters regardless of weight class, Jose Aldo and Frankie Edgar.