The Man With The Iron Fists (Trailer) [Video]

A while back when I heard that RZA was writing, directing, & starring in a movie called The Man With The Iron Fists, I thought it’s might be a good straight-to-DVD movie. Hollywood couldn’t possibly fully back a RZA project and throw it in the theaters even with Quentin Tarantino involved. Could they? Yes they could and did. Evidence of this is the dope ass trailer for The Man With The Iron Fists.

You got Russell Crowe shooting people, Lucy Liu going back to that O-Ren Ishii shit, Jamie Chung looking sexy, David Bautista (Yeah, that Batista) looking like Colossus, kung fu action, blood everywhere… I all for this. If Tarantino never releases another Kill Bill, this may have to do instead. Good job RZA. 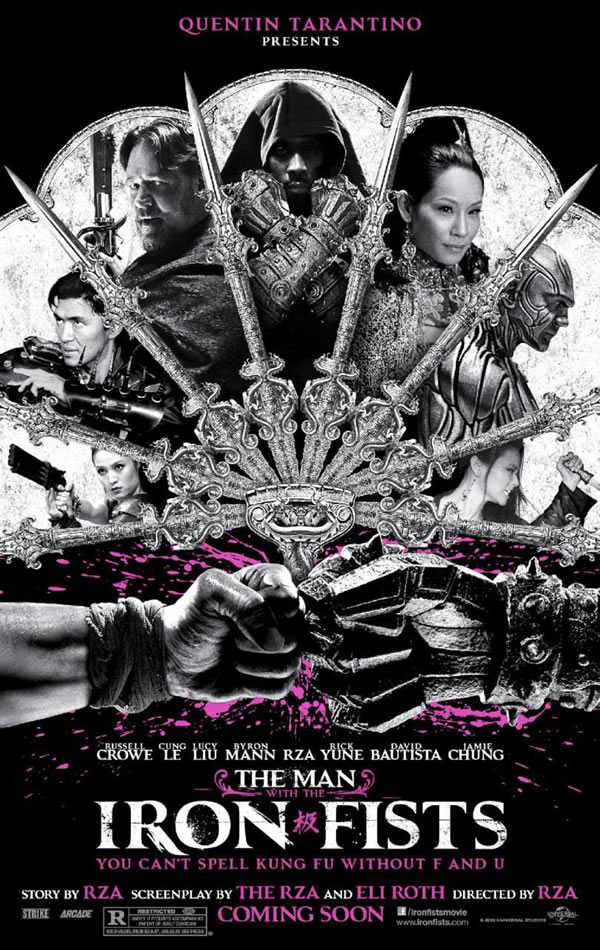