Nate Diaz May Pass The Crowd At UFC On FOX 3 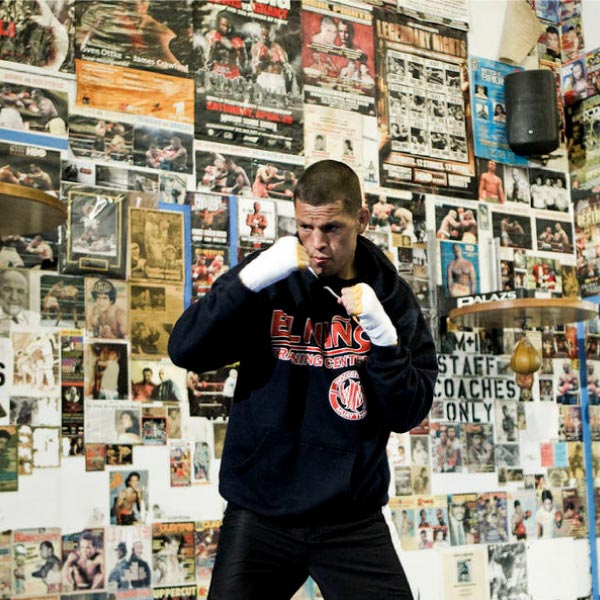 This Saturday night is a major stepping stone for lightweight Nate Diaz since he’ll be fighting for a shot at the lightweight champion if he beats the feisty wrestler Jim Miller. The same cannot be said for his opponent who needs a few more significant wins to earn that reward, according to UFC president Dana White.

Because of the multiple lightweight championship rematches that have been required for different reasons the top of the lightweight division has been backed up for two years. White’s announcement yesterday is what adds significance to this Saturday’s main event.

This should be a very interesting match and undoubtedly is deserving of its main event status at the UFC’s third event on FOX. It takes place at the IZOD Center in East Rutherford, NJ and is a rather stacked card considering that it’s free.

The most interesting aspect of this fight to watch for is whether either fighter feels confident enough to roll with the other. Diaz and his brother are arguably some of the best jiu-jitsu practitioners in the UFC and any fighter with a brain would think twice about entering their guards.

That’s just fine with the Diaz brothers because their boxing skills are ranked among the best in the world also. They barrage their opponents with jabs and hooks, usually leaving their faces a bloody mess if they haven’t already submitted. As his older brother Nick has risen to an elite level in the sport Nate has watched and learned and now looks to do the same in the weight class under him.

Although Diaz can tout his black belt in jiu-jitsu from his world renowned instructor, Caesar Gracie, Miller can essentially do the same with his black belt in the same art. Although the Diaz brothers pride themselves in a lack of fear of anyone, Nate shouldn’t discount Miller’s abilities on the ground for a second. Miller’s substantial submission skills are supplemented with powerful wrestling abilities, that Nate lacks. They may give him an advantage on the ground.

Something else to watch for will be whether Nate’s verbal attack inside the cage will have a significant effect on Miller. Both brothers are known for their belittling body language and verbal insults that occur sometimes before the fights and always during.

This should be a great stand-up match and I expect Miller to attempt takedowns if his striking isn’t effective. I pick Diaz winning by TKO in the fourth round or by decision.