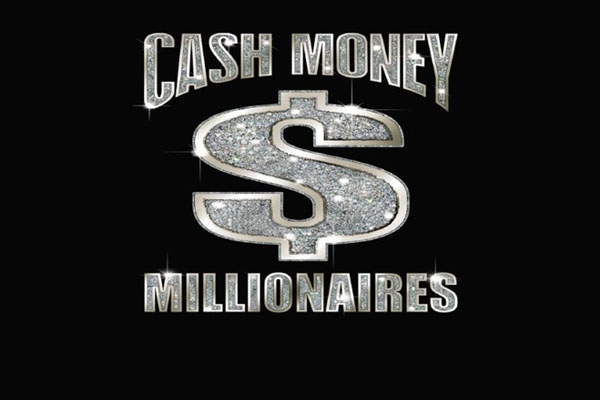 I decided to dig deep in my old New Orleans Hip-Hop catalog and throw up some old school Cash Money. First song is by the biggest act Cash Money had during 1993-96 besides young upcoming rapper Gangsta Dee aka B.G. & Pimp Daddy (R.I.P.). “Drag Em N The River” is a classic diss record and classic track produced by Mannie Fresh. Actually this is Yella Boy the 3rd member of U.N.L.V. (Uptown Niggas Living Violent) solo record with Tec-9 & Yella doing the hook. This infamous diss record is against Mystikal who was signed to the local Big Boy Records which was home to Fiend, G-Slimm (Who was murdered that same year in New Orleans), Partners N Crime, Black Menace, & so forth. It’s funny when looking back you see Mystikal being signed to Cash Money Records many years later after B.G. & UNLV slandered his name like crazy back then. Fast forward to 2013, my dawg B.G.z in prison doing 14, Tec-9 & Lil Ya doing good now also they are out of trouble nowadays and they appeared on Turk’s new mixtape Blame It On The System, and Yella Boy was murdered in ’97 from being shot 16 times close range in his car. I remember when I bought that U.N.L.V.’s Uptown 4 Life album. That was my shit and one of the best Cash Money Records albums in my opinion since it was raw & real shit (Of course B.G. held it down as a kid until the Hot Boys and Juvenile really pushed the envelope). Mannie Fresh ended up giving this beat to Juvenile for “Set It Off”, only thing that was different from the original track is the snare it’s different”

Bonus: I decided to throw in is from Partners N Crime. This is called “Don’t Get Comfortable, Ya Bitch You” which is a diss to UNLV & B.G. aka Lil’ Doogie. The 1st verse was speaking on Tec-9, 2nd verse speak on Yella, and 3rd verse was speaking on B.G. which I thought was kinda funny when Kangol Slim said “To that juve/That’s trying to do me/You can’t screw me/I’m a grown man, I’ll smack the piss out of Lil’ Doogie/ (*baby crying*)” . The reason why he threw in B.G. because in 1995 he had a song called “Fuck Big Boy” featuring Tec-9 & Lil’ Wayne aka Baby D which he dissed Partners N Crime & Mystikal (Also, Tec-9 had a song called “Where Ya From” featuring B.G.z, “True Story”, and Local 580’s “Burn Em Like A Bitch” from Tec-9’s solo album featuring B.G., Lil’ Ya from UNLV, Baby aka B32, Kilo-G (RIP), and Mannie Fresh). This was officially the last diss Cash Money & Big Boy made against each other besides Juvenile dissing them on Solja Rags (1997) album with one line when he said “Didn’t UNLV punish you bitches” and B.G. dissed Mystikal on “Let’s Get Funky” featuring Lil’ Wayne from It’s All On U Volume 1 (1997) when he said “Mystikal is who I’m after” but after Yella Boy was slain in April of ’97 all that beef shit went out the window. Plus UNLV was already dropped from Cash Money by that time period.

Bonus: Partners N Crime – “Don’t Get Comfortable, Ya Bitch You”