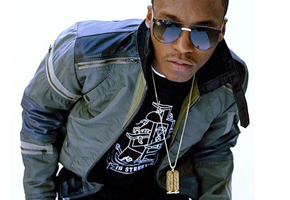 When I heard Lupe’s last album The Cool, I knew then and there, and even now that Lupe was/is one of the best doing it. I was also almost heartbroken when I heard that he was retiring seemingly in his prime: his first album had critics screaming it was a classic, and it was so heavily anticipated it leaked a year before: think Tha Carter III, only worse: dude had to make a WHOLE new album, and even that was leaked about a month before. His second album didn’t leak early, and was given positive reviews, along with a good commercial debut.

Now, Lupe is prepping his final album. He originally described very favorably, stating: “After I put this out, people will be saying ‘Damn! Now you can leave”. That’s pretty bold, isn’t it? I mean, it was awful for me when I heard my first Jay-Z album, The Black Album, and then found out it was his last album. That made me spend the next three years looking through his albums and becoming the Jay-Z stan I am. But Lupe has only two albums out: there isn’t really enough there to look through, however good it is. Until now.

Lupe recently announced his final album, LupE.N.D., will be a THREE DISC CD. That’s right: three discs of music. Lupe’s last albums have averaged 18 songs on a CD, so that’s 52 songs in one album I’m guessing. That’s insane: to me, it sounds like something that Lil’ Wayne would do. I don’t know why, but I could see Weezy doing something just like that. The three CDs will be given names from the acronym E.N.D.: Everywhere, Nowhere, & Down Here. Originally, it was supposed to be a two-disc CD based on his song “Streets on Fire” about the end of the world, but I guess that idea was scrapped.

Of course, there is only one problem with double, or, uh, triple albums: they almost always contain large amounts of filler material which is a field day for critics who are forced to comb through over 20 songs and give a review. That’s over 2 hours of music! I remember B-Easy had to go through 30 songs of Tech N9ne’s Killer. It would be different if every song was done with intense care and was treated like a huge record, but not every song is. Hopefully Lupe will end his career with a bang, and show the world finally he’s one of the best.