The Case For Charles Hamilton 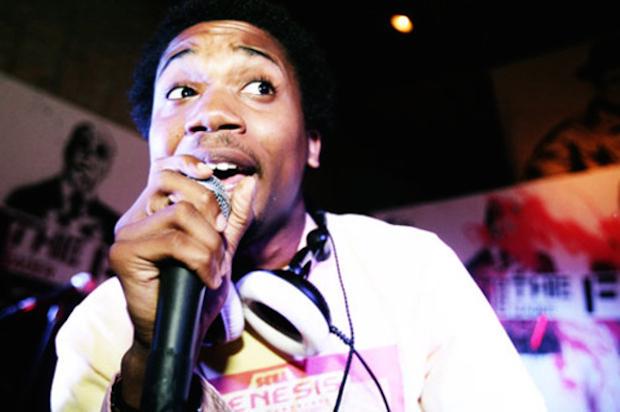 When you hear the words “Charles Hamilton”, what exactly do you think of? Sonic the Hedgehog? Insanity? Pink?! For me personally, it’d have to be “dope”. Although I said that J. Cole could and should be the leader of the new school, CH is without a doubt my favorite rapper of the new school right now.

Shocked? To be honest, you really shouldn’t be. I was one of those people who had no idea about any of Sonic’s music at all. That was until he released his mixtape Well This Isn’t Awkward, which had a song called “Good Guy Goes Off”, which disses both Jay-Z and Chris Brown. I listened to it, and even though he disses Hov (ya’ll know I’m a huge fan…), I couldn’t deny the song; the sample was hot as HELL, and he killed it with lines like:

“You sittin’ on cloud nine? I could earth ya seat/I’m in your face like cosmetic surgery/Murder the stars: cosmic burgundy/Real stars are bright, aiight?”

I downloaded the entire mixtape after that, and I really liked the story he presented, along with the samples he used, which were already great, but he made amazing.

So, what did I do? I did my research, of course, and downloaded a ridiculous amount of Charles Hamilton mixtapes. And the crazy thing is, I probably don’t even have half of his discography; this brother’s catalog makes Weezy’s look like Shyne’s. And what really killed me is EVERY MIXTAPE IS FIRE. Each one is a new experience, a new story, a new feel. I mean, who else do you know could sample a Sega video game and that still be hot as hell?!

Has Sonic the Hamilton taken losses in his career? Yes, he was punched by his ex-girlfriend (for the record tho, his flow in that freestyle was hot!!), he did say J-Dilla was an executive producer for him after the man had been long dead, and he did catch some flack from the internet community after releasing a couple open letters to Eminem…

…BUT. That does not in anyway take away from the fact that THIS BROTHA CAN SPIT!! For real, if he had the right promotion, Hamilton could be on Kanye’s level right now, I’m dead serious. He got screwed by Interscope, sure, but who hasn’t? I mean, this is the same label that has dropped countless artists, but is waiting on an album that will never come out (*cough* Detox *cough*)!