Why You Should Listen To: P.O.S [MixEP] 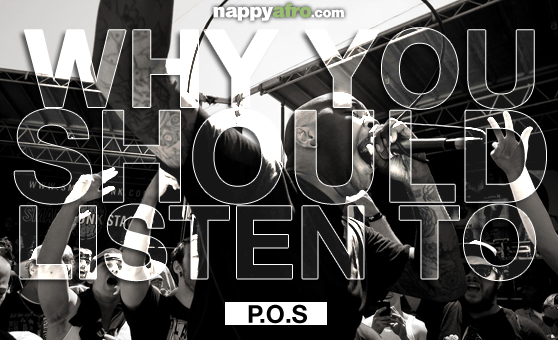 If I had to describe Minneapolis native Stefon Alexander’s unique brand of music in one word? “Aggressive” or maybe its better summed up as P.O.S himself put it, “Rap to Skateboard to” If that sounds like something you’d be into then download the MixEP and give it a spin.

P.O.S. actually started his music career in Punk bands and that totally shows in his music. He samples bands like Bouncing Souls and Fugazi, his tracks tend to be fast and rowdy (and even in his slower moments, his rapid-fire delivery never lets things get too sleepy). I could sit here all day and quote lyrics (“That’s not honesty, that’s just soft curves\Gotcha world flipped, gotcha makin’ mixtapes for girls”) or describe each song in detail, but I think I’ll just let the music speak for itself.

I picked some dope tracks (clocking in at 33min45sec) and chose the order, but I’ll let P.O.S do the rest.

These are my 10 reasons Why You Should Listen To: P.O.S

If you enjoyed this (or hated it) let us know in the comments.
I’m now passing on the challenge to the rest of the staff to each do their own “Why You Should Listen To:” MixEP