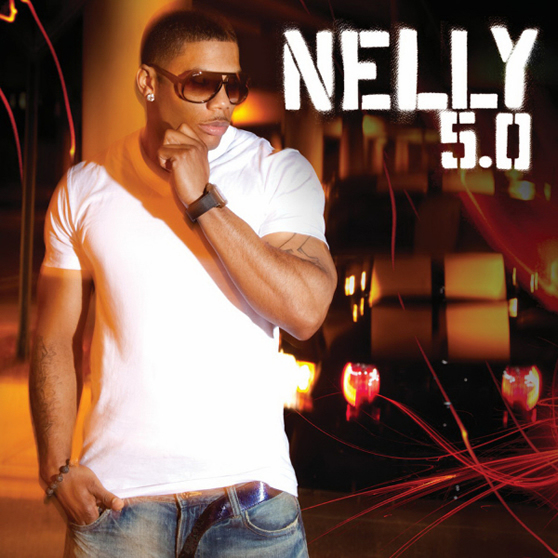 Nelly is the modern day MC Hammer (#noshade). Everyone knows Nelly songs but likes to pretend like they don’t, just like MC Hammer. We know the damn hand movements to “Too Legit To Quit”, we know the lyrics to the Adams Family song and various other hits of his. Let someone play a Hammer song though, we all front like “aw man, that dude wack” (Jay-z diss song aside, that shit was turrble © Sir Charles). While I don’t think everyone needs to be a lyrical gymnast, Nelly gets an unreasonable amount of shade for what he does. Nelly has sold a whopping 35 million albums worldwide since dropping in 2000 and somehow managed to be left off of all the lists, BET, MTV, and even here on nappyafro. Somebody is buyin’ his shit, and at a higher clip than any combination of the artists listed on those lists outside of Eminem during that same time frame. With 5.0, Nelly returns to the scene that seems to dismiss him with what he says is “a new energy”.

The first track kicks off with the DJ Khaled and Baby assisted “Number 1” which features a more subdued sounding Nelly rapping regular, not in his signature sing-song style. The song is pretty run of the mill, nothing outstanding here, but the lack of singing by Nelly on this one is kinda promising. That doesn’t last long though as the next song (And pretty much the rest of the album) is a return to form. The three singles from this album are “Just A Dream”, “Long Gone”, and “Move That Body”. I can only guess the strategy with these releases was to show diversity and target a larger audience. “Long Gone” uses the formula of sampling a familiar hit song and rehashing it to make a splash on the charts. Even the singing on this one sounds like Mark Morrison’s hit song, “Return Of The Mack“.

Like some of the other songs on the album, Nelly also tries to recapture his past success built on songs that previously brought him shine. One of the lead singles, “Just A Dream”, sounds similar to the “Over And Over” country song he did with Tim McGraw (which did reach number 1 on Billboard). Another example is “Gone” featuring Kelly Rowland. This is a song he’s openly called “Dilemma” Part II as it should. I think they even use the same background tone, maybe a different key and tempo. “Move That Body” is the single I like the best out of the trio. It returns to that club atmosphere that made Nelly famous with hits like “Hot In Herre”.

There are also songs that I don’t like, but I think they will find the right market and help him do some solid numbers again. “Live Tonight” is a techno/house/dance jam that could easily be picked up from Flo Rida’s cuttingroom floor. I really dislike this song, but I know that it’s tempo and sound will be played in certain clubs without fail. “Making Movies” is the tired old adage of what we do in the bedroom “yawn”. This song is terribly boring to me and even though it’s not my kind of song anyway, I think we’ve heard this done to death and done better even by Nelly.

Oddly enough, one of my favorite songs on the album is “Nothing Without Her” which is a flat out ballad…no auto-tune/vocoder either. Again the emo-ness of this song and guitar solo will put him on MTV and help him move some albums. With some lessons, this dude could possibly pull a Phonte and make the transition to singer. The writing on this song is better than any other song on the album and the track is completely suburb friendly…ahem. I’m kinda confused as to why this one wasn’t released as a single…yet.

Bottom Line:
Like I stated before, Nelly grabs some tricks from his past albums and hopes for the same success, but he also ventures out a bit on other songs. I think the singles released weren’t the best selections and the songs that are available as bonus tracks should have just been included on the regular album. Talib is never a “bonus” track inclusion, that’s main album material. All things considered this is an average album. It’s familiar and new all at the same time.  Nelly takes some chances like I said, but he doesn’t stray too far from center when you look at the whole album. All in all, it’s a serviceable album and one that won’t wow us with sales or convince the skeptics…but as a STLien, I’m coppin’, Derrty!