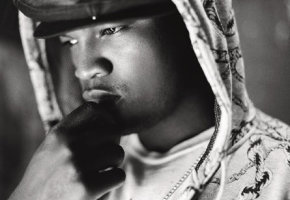 Okay, I’ll admit it. When you all said Ne-Yo was gonna sell around 200,000 albums in the first week, I laughed. Then I actually listened to Year Of The Gentleman (After Thic got his grown man on and wrote a dope article about it) and I was like, “Yea, 200,000 is about right”. Even though Usher almost hit first week Gold earlier this year with Here I Stand, I actually think Ne-Yo has a WAY better chance at R&B album of the year honors (But what do I know, I listen to Hip-Hop 95% of the time). Also surprising me this week is Nelly. You all probably heard about the reports of him selling only 43,000 copies of Brass Knuckles last week. But when the actual numbers came out , Nelly doubled that. I personally was hoping he would sell 15,000 so we could all stick a fork in his career and be done with it (If you want to see a non-hating point of view of Brass Knuckles , check out SBK’s great review). DJ Khaled lands at #7 and pushes about 50,000 copies of We Global; his first album off his new Def Jam deal. It’s funny though, Def Jam gave Khaled all that money and he still pushes less numbers than he did at Koch. Raphael Saadiq also debuts this week but with an album a lot of people didn’t know was coming out, The Way I See It (I knew about because it had a Jay-Z feature on it!). He still lands at the #19 and pushes 20,000 copies. B.G. & Chopper City Boyz debut this week with their album Life In The Concrete Jungle and lands at #117. Why didn’t we review it? I’m gonna tell you the same thing I told King Jerm, “I saw that it was coming out, but after I saw the cover, I really didn’t give a fuck anymore”. Plus, since P-Body ain’t on the staff anymore, we had nobody that WANTED to do it. In other charts new: Jeezy is approaching Gold, The Game is approaching Gold, Plies finally goes Gold, & Wayne will not be knocked out of the Top 10. As for next week? Shit, if you here about any releases that’s worth talking about, you tell me. Peace.