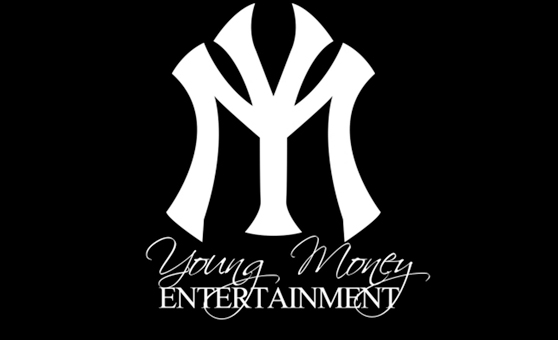 Since the New Year has come around, there really hasn’t been a lot of new music released. I had the idea of writing a what-if based article, but I realized how much writing I would have to do for that one article. Then it hit me! I should split up the article into multiple sections, and release each one as a separate article. So this piece will be divided into four pieces. First I will present my article on Young Money, then G.O.O.D. Music, and Roc Nation, before finally finishing with my what-if scenario. First up though is Young Moola.

Young Money is one of the biggest labels in the game right now. How could it not be? It has arguably the biggest rapper of the last five years in Lil’ Wayne, one of the most saught after rappers in years in Drake, and Nicki Minaj who is one of the most unique female flame throwers ever. I will speak about the afromentioned big three, other artists, rumors, and the overall grade of the label.

Lil’ Wayne – Easily the most exciting rapper in the game. You never really know what you will get from him. He can spit a 16 and make you believe he could be the best ever, but then there are times when you wish he would stop with all the drugs.

Drake – His buzz to start 2010 was unbelievable. I hadn’t seen people go crazy over an artist like him since 50 Cent came out in the early 2000’s. He has the ability to rap with the best of them but he can also sing without the Auto-tune.

Nicki Minaj – I can’t say enough about the pink wigged lyrical assassin. In almost of all of her features she becomes the main attraction. I never really felt that way about a female rapper before. Pink Friday sold more copies in its first week than any female Hip -Hop artist in history except one. That says a lot about her work ethic.

Cory Gunz – After what he did on “A Milli” a few years ago, it was smart for Wayne to turn around and sign the young emcee. Cory Gunz can be amazing at times and the one thing he will have to his advantage is being around greatness.

Tyga – In ’08 I would have said, “Dude is nothing but a gimmick drinking coconut juice half ass rapper” but then the Young Money album dropped. I must give the guy credit, he worked hard to get to the level he is. I think Wayne knew about dudes potential the whole time.

Shannell – The sultry side of Young Money. She has the voice to make a big impression on the charts. Her talent as a writer is also well known in the industry and Wayne really seems to be big on her.

Jae Millz – He can rap, but he seems like he will be no more than a feature on Wayne track here and there. Plus after the XXL Freshman remarks last year, he seems like he knows he has hit his ceiling. Not even Wayne has been able to create a buzz for dude.

Lil’ Twist – He could go from sidekick to up comer, but he has to grind a little more.

Lil’ Chuckee – He is in the same boat with Twist.

Gudda Gudda – It might just be me, but his rhymes are so predictable. This is because he is a simple rapper.

T- Streets – This is Wayne’s friend. That is the only reason I can imagine that he is signed.

Short Dawg – I heard dude use to write for Bow Wow. It is funny Birdman signs Bow Wow, then Wayne signs Short Dawg.

Mack Maine – His lyrical game isn’t that great but since he took an office position, he has made moves happen at YM. Remember Young Money has been around since ’05 and nothing ever happened until Mack took a seat in the president’s chair.

Cortez Bryant -Everybody claims dude has the potential to be the next mogul.

*Rumors – It has been rumored that Wayne will sign both Joe Budden and T-Pain, but with Shady just signing Slaughterhouse and no official word from T-Pain’s camp, I doubt it is true .

*Mistakes: Taking almost 5 years to drop an album from Young Money is a bad look. Letting Curren$y walk was a mistake as well.

Bottom Line:
This Label has 3 stars, 3 potential stars, and a lot of fluff. Jae Millz and others really bring down the stock of the label