I didn’t think I was going to make this year’s Rock The Bells. I’ve been going for the past four years, and I didn’t have the extra $200 for the trip. However, the people at Frank151 hooked me up with two free tickets through their Rock The Bells contest. Anyways, this year’s lineup is stacked. It’s the first time the event has hosted this many artists and four stages (Main, Paid Dues, 36 Chambers, & Grindtime). There are several classics being performed including Illmatic, Only Built 4 Cuban Linx, The Infamous, Liquid Swords, Black Sunday, No Said Date, Black Star, Enta Da Stage, The Miseducation of Lauryn Hill, Baduizm, Be, Heavy Mental, and ’93 Til Infinity. Plus, DOOM, Curren$y, Big K.R.I.T., Blu, Fashawn, Roc Marciano, Immortal Technique, and others are also scheduled to perform. This is how it went… 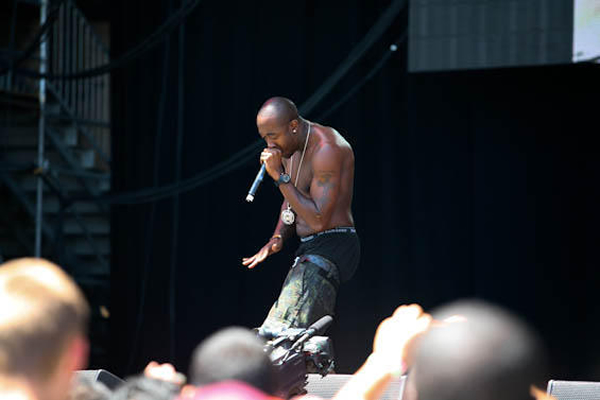 I only got the see the last half of Gangsta Gibbs set after waiting in line for almost an hour to get in. He kept it real for not having much of a crowd. Near the end of his set, he revealed the cover art to Cold Day In Hell.
Top 3: “National Anthem (Fuck The World)”, “Personal OG”, “What It Be Like”

Killah Priest
36 Chambers Stage
Killah Priest was joined by fellow Sunz of Man member Prodigal Sunn. He performed his classic Heavy Mental in its entirety. He had a lot of energy for not having a big crowd as well. I did notice him stumble a few words on “Heavy Mental”, but spitting as fast as he did, I’m surprised he was able to pull it off.
Top 3: “From Then Till Now”, “One Step”, “High Explosives” 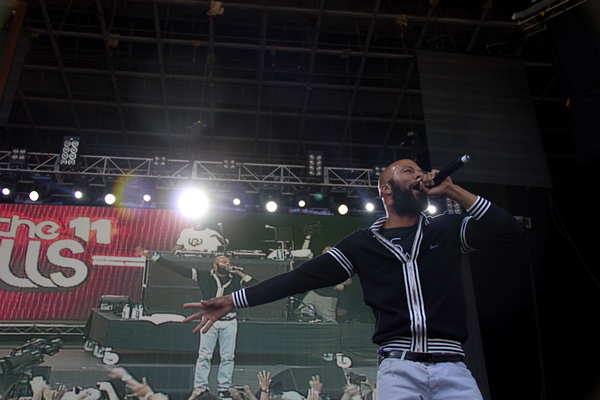 Common probably had the most energy out of everyone who performed. He also had the best freestyle of the night. Performed his album Be, new hit “Ghetto Dreams”, and “I Used to Love H.E.R.”. Later on, he made special performances for Black Star & Nas doing songs “Respiration” & “Ghetto Dreams”.
Top 3: “Faithful”, “The Corner”, “Testify” 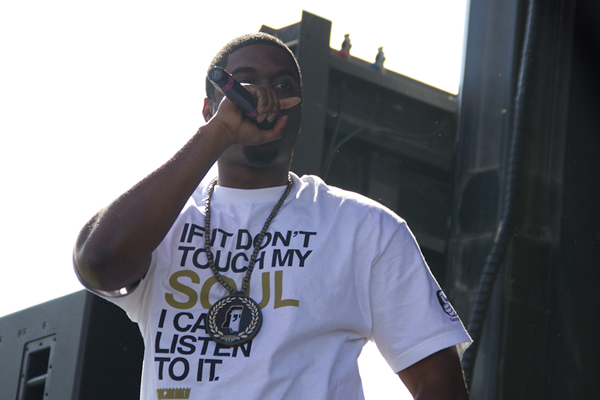 Big K.R.I.T. is the best rapper out right now so there is now way I was missing his performance. He brought out Big Saint for his hype man, and one thing I noticed about his set was his beats sounded the best. The Paid Dues stage started to get pretty crowded halfway through his show.
Top 5: “Country Shit”, “Just Touched Down”, “Return Of 4eva”, “Children Of The World”, “Rotation” 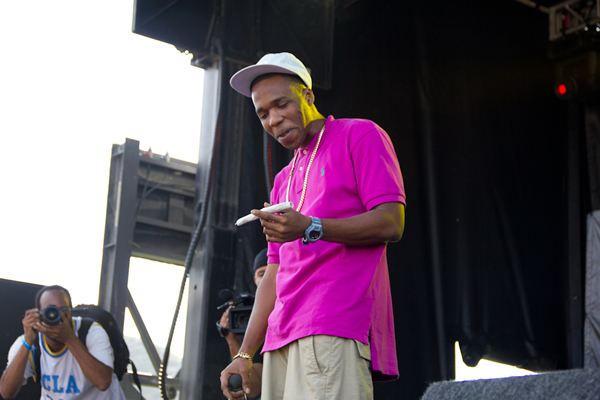 Curren$y had the best performance of the day without a doubt. The Paid Dues Stage featured a cloud of smoke for his entire set. He brought out Young Roddy & Trademark to perform “Still”, “Roasted”, and “Hold On”. He showed so much love that he actually broke his ankle at the end of the show. I now recommend catching The Smoker’s Club Tour featuring Method Man, Big K.R.I.T. & Curren$y.
Top 5: “Famous”, “Elevator Musik”, “Car Service”, “Bout It”, “Michael Knight” 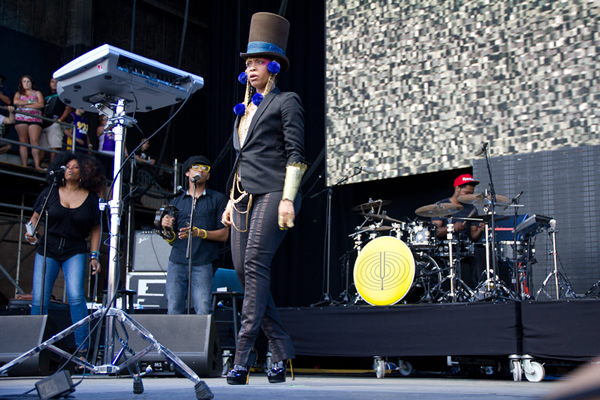 A lot of the people were there just to see either Lauryn Hill or Erykah Badu. Badu came out with a lively wardrobe that included a top hat. Her songs changed the atmosphere on the main stage. Several people started to sit down and just chill while she performed Baduizm. All in all, the ladies probably enjoyed the show more than the fellas.
Top 3: “On & On”, “The Healer”, “Next Lifetime” 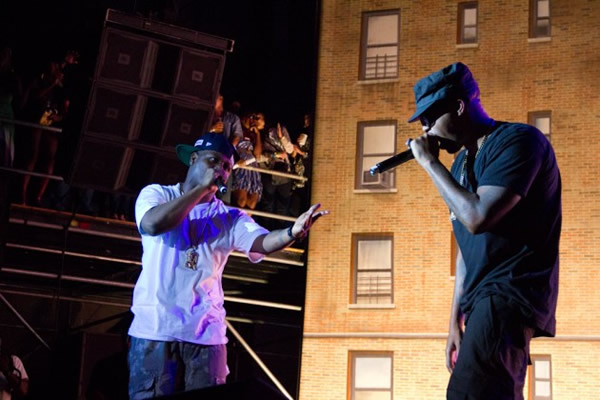 Nas went all out with his performance. He let everyone knew how much of an impact Queensbridge had on Illmatic by hanging banners of QB’s projects in the background. He brought out QB natives Havoc, Big Noyd, and Jungle. He also brought out AZ (“Life’s A Bitch”), Pete Rock (“The World Is Yours”), Common (“Ghetto Dreams”), and Erykah Badu. Halfway through the show, DJ Premier and Pete Rock had a DJ battle, but it was pretty weak in my opinion. They were just playing their hits (No mixing or scratching). After Illmatic, Nas did songs “One Mic”, “Live At The Barbeque”, “Hate Me Now”, and “Made You Look”. During Lauryn Hill’s set, Nas came out and did “If I Ruled The World” with her.
Top 5: “Life’s A Bitch”, “Represent”, “Live At The Barbeque”, “Ghetto Dreams”, “Memory Lane” 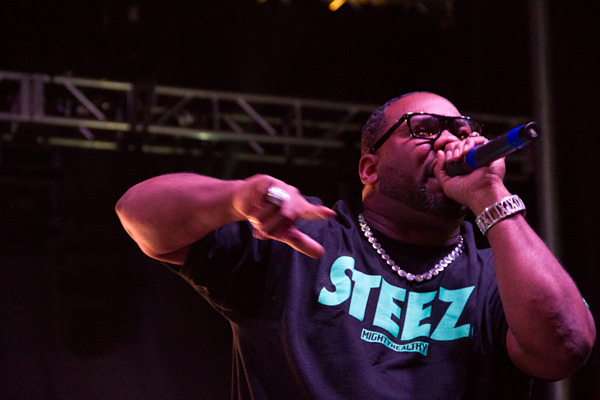 Raekwon opened the show with Cappadonna for about thirty minutes before Ghostface made his entrance to “Criminology”. Supernatural made a special appearance and kicked a freestyle using all the titles of the songs they previously performed. I was a disappointed that RZA (Especially b/c he was on right before they performed), GZA, and Masta Killa for being on the Rock The Bells bill but not coming out for their verses on the album.
Top 3: “Criminology”, “C.R.E.A.M.”