The State Of The Heavyweight Division 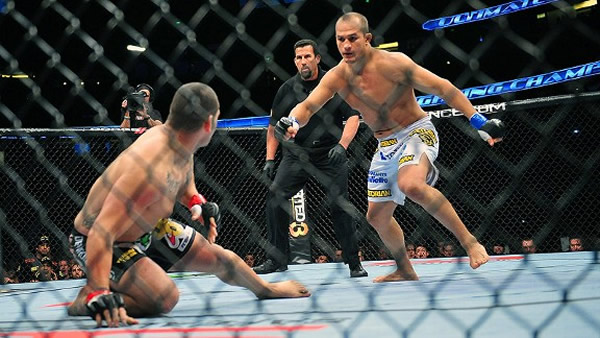 The amount of talent in the UFC’s heavyweight division is unprecedented. A few months ago, Zuffa brought the Stikeforce giants over to the UFC to create the deepest pool of heavyweight talent we’ve ever seen. For the last few years, the best in the division were split between the UFC and Strikeforce which restricted possible matches because Zuffa restricts its fighters from competing in other promotions. This move happened much sooner than I thought it would.

Lately, the heavyweight title has been passed around almost as much as the light heavyweight title was before Jon Jones won it. The recent influx of talent leads me to believe it will stay that way. I don’t think any of the current heavyweights have the ability to defend it multiple times against the competition like Anderson Silva, Georges St. Pierre, or Jon Jones do in their respective divisions. This isn’t a slight to the talent of the big guys but is actually a testament to the level of competition. 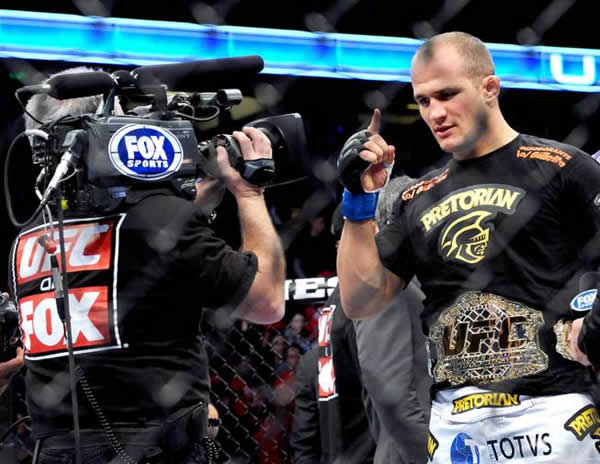 In November of last year,  Cigano introduced Cain Velasquez to his right hook on the UFC’s first event on FOX. Many viewers including myself were expecting to see a spectacle of both fighters’ technical striking ability. Instead, we were given a devastating technical knock out just over a minute into the fight. According to Junior, he had a leg injury prior to the fight and gambled on his right hook. Throughout his UFC career, Dos Santos has displayed some of the best boxing we’ve seen in the promotion. He has a long list of finishes on his record and the majority of them are by knock out. His boxing is so good that he hasn’t felt the need to utilize his skills on the ground. He trains with the Nogueira brothers and several other Black House fighters in Brazil which leads me to believe he is proficient in the art despite the fact that I haven’t seen him use it.

Alistair will be the next person to possibly force him to use it when they meet in the very near future. They are scheduled to compete at UFC 146 on May 26. Like many of the upcoming top ten heavyweight match-ups, this fight could go either way. I see Junior primarily using his boxing as usual. The keys for him to beat the significantly more experienced Overeem is to keep the distance, check leg kicks, and avoid Alistair’s knees completely. I think if Junior can land one of those huge counters, he can knock out Alistair along with almost everyone else in the division. If Dos Santos is successful in defending his title, I see him fighting the winner of either Cain versus Mir or Barnett versus Cormier. If he loses he may rematch Werdum or fight the loser of one of those matches. 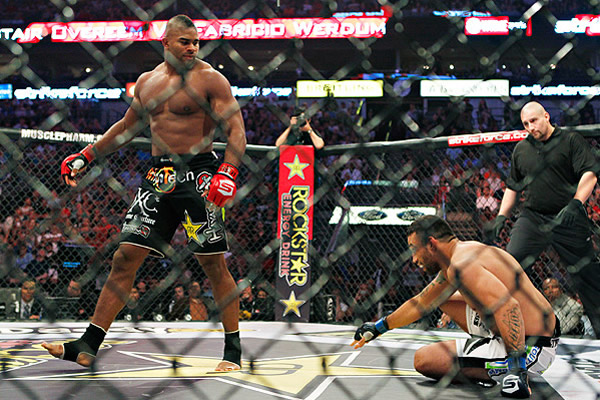 One year ago, I made the prediction that we wouldn’t see Alistair in the UFC until the middle or late in 2013. Here we are in early 2012 and he’s already scheduled to fight for the UFC heavyweight championship. After winning his UFC debut against Brock Lesnar with finality, he will challenge Junior for the title. Until Alistair joined the UFC, Dos Santos was arguably the best striker in the division. He has lightning fast hooks and powerful uppercuts that he uses to counter his opponents’ strikes. Alistair needs to close the distance, effectively move his head and utilize his knees. Overeem should press him against the fence which will nullify Juniors’ big shots and allow him to land knees and body shots. If Alistair gets him against the fence, he needs to keep him there because JDS can land on the way out.

Alistair likes to stay busy so I think he’ll fight two or three more times this year. I don’t think anyone’s interested in seeing him in a rematch with Werdum but there are several options that should be open at the time.

Although Cain lost to the champ via technical knock out early in the first round, I don’t think any less of his ability to compete. There isn’t a doubt in my mind that Cain will hold the belt again. In fact, I believe he’s only one fight away from his next shot at it. His fight with Junior in Novemver last year was a ‘toss up’ so it wasn’t shocking for either one of them to win. It hasn’t been officially scheduled yet but Lorenzo Fertita stated that Velasquez will face Frank Mir next.

Cain has a slight advantage on the feet while each is very skilled in different grappling techniques. Velasquez may be the best wrestler in the division and Frank is one of the best jiu-jitsu practitioners. It’ll be very interesting if this fight goes to the ground. If Frank pulls guard I don’t expect Cain to enter. I think Cain will remain on his feet and strike from above. This position gives him a lot of control of his opponent and power in his strikes. Look at how he dominated Rothwell and Kongo.

On the feet, Cain should keep the distance and go for the knock out. He needs to use proper footwork and head movement and avoid any kind of brawl because Frank has a lot more power in his shots. I don’t see Cain getting trapped against the fence or the on ground by Mir which is why I give him the advantage.

Hopefully Cain will avoid any major injuries and will fight one or two more times this year after the Mir fight. It wouldn’t surprise me at all to see him competing for the belt sometime late this year. 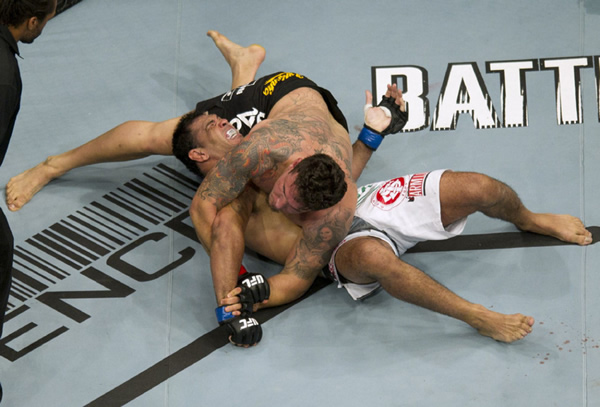 As a seasoned athlete on the UFC’s roster, Frank has made a comfortable home in the top ten of the heavyweight division. He has moved up and down during his career and is currently on an uptrend. Unfortunately for him, the UFC has asked Cain to get in his way.

No, I don’t think Frank will beat Cain but it is very possible. Essentially any fight in the top fight right now is a ‘toss up.’ A perfect example is Mir’s last fight when he snapped Big Nog’s arm after getting dropped by him. If Frank pulls off a sudden victory like that against Cain, expect to see him fighting for gold later this year. 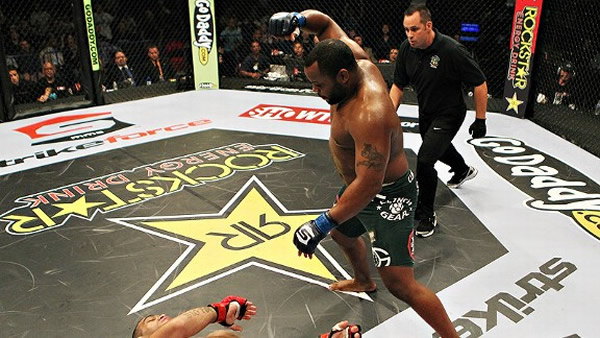 The lone top ten heavyweight with a perfect record is the man who trains with the previous champion Cain Velasquez. He is also one of the newest in the UFC and still has yet to compete in the promotion. He and Josh Barnett are the two finalists in the Strikeforce 2011 Heavyweight Grand Prix and are rumored to be fighting in May. A hand injury during his fight with Antonio Silva has put Daniel out of commission for a few months.

A convincing win over Barnett would solidify Daniel as a top five fighter and possibly lead to drama over whether or not he should fight Cain. His perfect record of nine wins and zero losses spans over the last three years. Now we’ll find out whether he can remain this consistent against the top of the division.

It hasn’t been announced but I believe the winner of the Grand Prix should be considered the last Strikeforce Heavyweight Champion and be the number one contender in the UFC. They could fight for the UFC title later this year if they’re not already scheduled to fight the winner of Mir versus Velasquez.