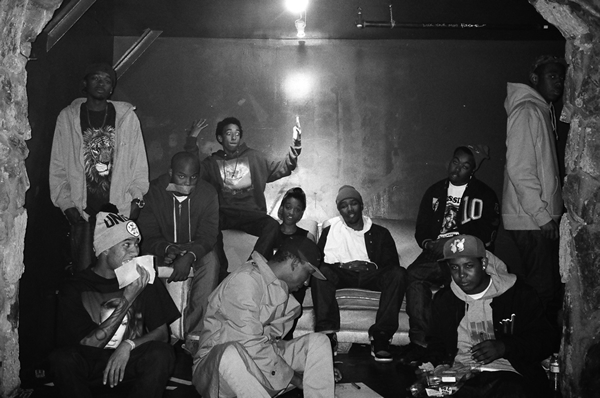 Not only did The Hunger Games kill at box office this past weekend but the soundtrack also took the #1 spot on the charts. I feel a little conflicted because I read the books and want to go see the movie, but then some racist shit have stemmed about the black actors portraying certain characters in the movie (Did motherfuckers actually read the books?).

Okay. Let’s just get into the numbers (And back on subject)…

Odd Future‘s first retail endeavor as group was released last week in the form of The OF Tape Vol. 2. Seeing that compilations really don’t sell that well, it selling around 40,000 and landing at #5 isn’t bad at all. Plus their music is kinda like today’s punk rock so I really don’t expect it to sell like crazy (The sales aren’t that far off from what Maybach Music’s Self Made Vol. 1 sold). Look out for our review of The Odd Future Tape Vol. 2 soon.

Melanie Fiona‘s sophomore album The MF Life enters the charts at #7 and sells 34,000 units. This first week is a big upgrade from her first album The Bridge (Which only sold 4,200 and debuted at #129) . Not gonna say much about the album because we dropping that review really soon. Hell, it could be up on the site as I type this now.

Reverend Run’s son Diggy Simmons finally releases his debut album with Unexpected Arrival. At one point I felt dude could be the Hip-Hop version of Justin Bieber, but I guess not since the album pushed only 21,000 copies. Not bad but not Bieber good you know? It could gain steam later on though. Check out our review of Diggy’s Unexpected Arrival here (Shout out to Cornell Da Gr8).

Machine Gun Kelly‘s released and his EP Half Naked & Almost Famous and I thinking this was digital only (Not to mention it’s mostly previously released  material). This may explain the sales (8,500) because I think this guy has the potential to sell a lotta records in the future. I’m not a huge fan but he has a movement going (“Lace up!”).

In other news, Nicki Minaj‘s single “Starships” just went Platinum week. Yup, that wack ass song sold 1 million copies. I bring that up because Pink Friday: Roman Reloaded also leaked today. If I was Nicki I wouldn’t worry about it too much; she good.