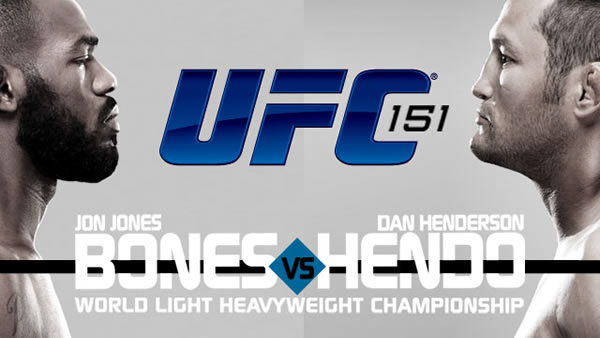 In case you didn’t know already, UFC 151 won’t be happening this weekend. Fans, fighters, managers and the UFC President have been playing the blame game for the past few days with intentions of figuring out who caused all the drama.

It all started last Thursday night with the announcement of Dan Henderson’s injury and removal from UFC 151 just eight days prior to showtime. In past situations like this, the UFC would find a replacement and the show would go on. UFC President Dana White offered the fight to multiple top level light-heavyweights but none were in a situation favorable enough to accept.

Only one man volunteered to fight the 25 year old champion on such short notice. That man, Chael Sonnen, claimed that he’d fly to Las Vegas and fight Jones that night if he wanted him to. Assuming that they’d found their replacement, the UFC began the needed repairs to the event promotion media to include Sonnen. Unfortunately for all of us, Jon Jones didn’t accept Sonnen as the replacement.

According to a furious Dana White, Jon Jones is the first champion ever to turn down a fight in the history of the sport. Apparently Jones consulted his coach Greg Jackson about the decision. Jackson told his student that agreeing to fight Sonnen with only eight days, realistically only three days considering promotion obligations and traveling, would be the worst decision of his career.

White couldn’t hold back his anger while expressing his disappointment in his champion during the official conference call. His animosity towards Jones’ coach is presumably multiplied now and is very evident in the official press release from the UFC which states, “UFC 151 will be remembered as the event Jon Jones and Greg Jackson murdered”. Later in the call, he said “Greg Jackson is a fucking sport killer” and continued to scold Jones for his selfish decision.

White’s disgust is understandable since the UFC had invested millions in marketing and production for this event. He answered questions on the call and stated that the UFC had expended all available options and the company was at the mercy of Jones to save the show.

Back in April, Jones stated, “I think I’m a good company guy. The UFC asks me to do anything and I always do it, and I never tell them no for anything. I’ve had to do more marketing than any other fighter because I say no to absolutely nothing. I don’t think most champs are like that”. Jones also claimed that he’d never turn down a fight back in May of 2010. This isn’t the first time Jones has gone back on his word.

When asked about Jones’ current sponsorship by the promotion, White claimed that while he’s not the person to ask about UFC sponsorship deals, he wasn’t crazy about fighter’s being sponsored by the company in the first place stating that he “hate(s)” it.

With no other options the UFC chose to do the unprecedented, to cancel the event entirely. A huge backlash from fans and fighters alike swarmed Jones, blaming him for the cancellation. As Dana White pointed out in his conference call, Jones already isn’t a very popular fighter among fans. This decision has potentially multiplied the animosity the fans feel towards him.

While Jones’ decision likely was mostly due to his reluctance to fight an opponent without enough time to prepare, one can only wonder if his recent online squabble with the famous middleweight had anything to do with it. Jones refused to allow Sonnen to talk his way into a title shot but now one seemed to have fallen right in his lap.

Sonnen immediately went on ESPN to insult the champion. In the interview he said, “This guy is an entitled brat. And when you get that way, you’re surrounded with people that tell you these things. You don’t think of anybody else but yourself. You know, he’s now with Nike. Nike with Jon Jones is going to have to change their slogan to ‘Just Do Nothing’”. In the interview, Sonnen even claimed to give Jones his check from the fight, win or lose simply to allow the show to go on.

Sonnen didn’t stop there. He reportedly owns a pizza shop in his home town of West Linn, Oregon called Mean Street Pizza. The pizza shop immediately added “The Jon Jones special” which is apparently “loaded with chicken and full of cheese.”  At the bottom of the poster, it reads “Hurry up! Get this deal now before our chicken runs out and we have to cancel.” Chael Sonnen is officially the most hilarious fighter in the sport. The special also takes a few jabs at Jones’ recent DWI arrest by stating “Comes with a six pack of beer. Delivery available. Avoid a DUI”.

Chael seemingly doesn’t have any intention of ending his harassment of Jon. He’s been on multiple shows and been on Twitter, poking fun at his new rival.

The irony in this situation is that Jones could have immediately extinguished the fire that is Chael Sonnen by taking this fight and finishing him once and for all. Sonnen hasn’t trained since his last fight in July which would give Jones an enormous advantage. But because of his refusal, he will now be subjected to the full amount of abuse that Sonnen originally intended.

In hindsight, one of Jones’ coaches, Mike Winklejohn spoke out on his belief that Sonnen, who trains with Henderson, orchestrated this entire disaster to put him in a prime spot against the light heavyweight champion. This is they type of thing that Chael is known for. In an interview with Bloody Elbow, Winklejohn stated, “How long has Chael been attacking Jon in the media? Hmm. He’s a man known for moneymaking schemes and cheating by bending the rules. And he’s done this in various arenas. I think Chael played almost everyone like a fiddle. But I believe like a coward he tried to train and strike Jon when Jon wasn’t looking”. Although Sonnen and Henderson have denied such claims, I can’t help but think that Sonnen somehow saw this coming and took advantage.

Much of the backlash Jones has experienced from his now infamous decision is from fighters who may have also been on the card who now have one less opportunity to earn their pay. Joe Lauzon explained the ripple effect from the cancellation. Many other fighters responded through Twitter to the cancellation.

Much discussion on the topic of who else could be to blame for this situation has gone on since last Thursday. Mike Chiappetta from MMA Fighting suggests that Machida’s choice to decline the Jones fight on short notice was very similar to the champion’s refusal to fight Sonnen. He believes it’s hypocritical of the fans and UFC President to feel anger towards Jon Jones but not towards Machida. He doesn’t see the difference that is very clear to me. Machida wasn’t scheduled to fight at UFC 151 in the first place while Jones had a full training camp and no known injuries to slow him down. Machida’s position in this situation would be more similar to Sonnen’s except for the fact that Sonnen agreed to fight on such short notice.

Yesterday, Jones shared his opinion on the situation, stating that Henderson and the UFC are to blame for the cancelled event. Henderson’s injury occurred more than three weeks ago which means that a replacement could have been found with over a month in advance of the event. Jones makes a very good point and leads me to wonder why the UFC didn’t begin the search for a replacement much sooner.

After all of this, the UFC found their replacement in Vitor Belfort. He and Jones will be the new main event of UFC 152 on September 22nd and many of the undercard fighters from 151 will be dispersed among UFC on Fuel, UFC on FX and UFC 152.