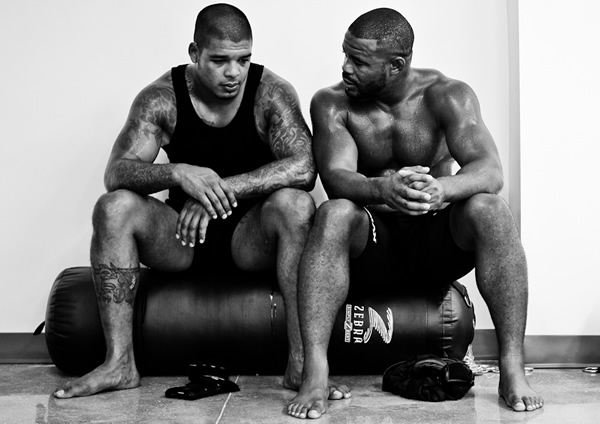 Okay, I know what you’re thinking. It’s way too early to claim that Tyrone Spong should be competing amongst the elite in the UFC, especially since he just won his first bout in MMA last weekend. I completely agree that fighters need at least a few good wins to earn the privilege of facing UFC fighters, but his 68 kickboxing wins, 42 of which were by knock out, must carry some credence. Also, did you see that knockout?!

On Saturday night, Spong competed on the first event hosted by the new World Series of Fighting which happens to be owned by fellow kickboxer Ray Sefo. Yes, he faced a can named Travis Bartlett but he smashed that can like an elite fighter should. Although not being much of a top competitor, Bartlett’s not exactly a beginner. Bartlett was 9-2 in MMA and has competed in 95 boxing matches. Despite all that experience, the 27 year old Dutch kickboxer outclassed him.

The speed that Spong exhibits in K-1 transferred over to MMA beautifully. His head kicks were lightning fast and were presumably very powerful judging by the way Bartlett’s head reacted to them. In just under 4 minutes Spong finished off his opponent gaining American notoriety for himself. It’s a wonder why kickboxers like him aren’t more well known in the U.S. with our apparent attraction to violence.

While we can rest assured that his striking abilities aren’t lacking, we’ll soon find out if his ground game, or ability to avoid an opponents’ ground game, is adequate for the big leagues. It’s apparent that he’s addressing this issue by his choice to join the Blackzillians in Florida which is headed by one of the best wrestlers in the UFC, Rashad Evans. The training group is constituted of many veteran wrestlers and some of the best Brazilian jiu-jitsu artists in the sport.

Something else to keep in mind is that while his match on Saturday was at light-heavyweight, the young fighter usually fights at heavyweight and continues to train with multiple top 10 heavyweights including Alistair Overeem. I think it’s clear that the UFC may have not only a possible LHW contender but also a future HW as the 27 year old reaches his thirties.

How many fights Spong is obligated in his current contract with WSOF isn’t publicly known yet but based on his first performance I’m sure they want him competing again as soon as possible, and hopefully against a better match opponent.