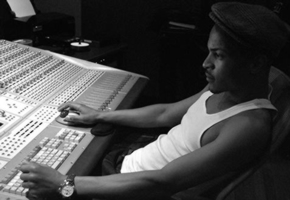 By now I think we all know T.I. went Gold in the first week with his new album Paper Trail. But when you think about it, this might mean more than some think. Since a lot of people said Lil’ Wayne was the best because he sold a million in the first week, does that mean T.I. is second best in the game (Then Jeezy, then The Game, then…uh, Plies)? At any rate, to a lot of people, Paper Trail has already outdid expectations at the cash register. Jennifer Hudson’s new self-tilted album did alright coming in at #2 and pushing a little over 200,000; not bad for an Oscar winner. Robin Thicke is right behind with Something Else (He actually wrote a song for Jennifer Hudson’s album). Paula Patton’s husband pushes 130,000 and continues to put a lot of these so called R&B cats to shame. I was really hoping Murs would do better numbers, but selling 12,000 copies of Murs For President and landing at #43 is better than his previous albums has ever done; I guess that’s something (At least he’s in the Top 50). People who are not in the Top 50? Big Kuntry King probably is rethinking that strategy of dropping an album the same day as his boss T.I.; My Turn To Eat land at #95. Dem Franchize Boyz drop an album I didn’t know actually came out with Our World, Our Way and open at #115. And last but not least, Heltah Skeltah’s D.I.R.T. pushes 5000 copies and lands at #119. That’s about it; if anybody knows Termanology’s Politics As Usual numbers, let me know (When it’s hard to find, that’s usually not a good sign though). As always, follow us on Twitter, buy us a drink if you like, and all that other good stuff. Oh yeah, a long time reader and former writer at nappyafro.com, Dark Angel, has now got a blog of her own;  go and check out the sexiness here. Enough plugging; I’m out.