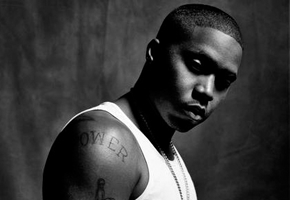 I remember when Nas used be called possibly the greatest MC of all time: Illmatic was classic, It Was Written was classic, Stillmatic was classic, and God’s Son was nearly there. Then he dropped Hip Hop Is Dead and that debate STILL goes on 2 years after the fact. I’m not going to lie, Nas has messed up several times in his career: he dropped Nastradamus, failed to make Ill Will stand out as a record label, and who could forget that song “Who Killed it” off Hip Hop Is Dead? However, no matter what, you still liked Nas because of all he had done in the game and more importantly how real he was.

Now, it seems like Nas’ album Untitled has stalled in sales, and didn’t even go Gold, making it his least selling album to date, even though it’s one of his best without any doubt. Now, the QB veteran himself has released the second single from the album, “Make the World Go Round”. Though B-Easy said that this was probably the weakest track off the album, I gotta say I’m liking it. Should be a hot single, so watch out for it on your airwaves.

Below this post is the music video for it; Nas is pretty much chillin’ in the background while rapping; pretty ill video. Game’s verse is hot, and Chris Breezy’s singing is pretty infectious. I’m also really feeling the beat; it’s something I feel like I could just chill to. What do you think? Check it out, and don’t forget you got this video straight from The Stoop!