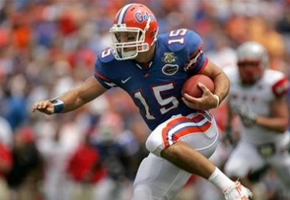 If you know one thing about me is that I LOVE THE FLORIDA GATORS! If you have been sleeping under a rock the past week you then wouldn’t have known that we are the NATIONAL CHAMPIONS! Since I couldn’t find the song I really wanted to put up there..”Extravaganza”, I decided to put all of you up on to a hot song that I found last year sometime. It is from a collective of artists that attend the University of Florida known as Unsigned Hype. The collective is made up of Gemini (William Albury), IshyBeatz (Ishmael Lewis), CC Biggs (Collin Casper) and Broadway (Kareem Brown) all of whom are UF students. The first thing you notice about the song is the beat, which is a rip of “Ay Bay Bay”, but after that, it’s all about the Gators and their run to the title. This song was receiving more spins than some national acts at the time (beating new comer J. Holiday). I know some of you guys are sick of me talking about the Gators, but SUPERMAN will be back next year, so hopefully Unsigned Hype will make a new song for the upcoming season and eventual title run. So sit back and enjoy this installment of Song of the Week! I’m hoping to have that song “Extravaganza” for you guys next week so you can hear B-Easy spit some of the sickest bars you have ever heard in your life!