How To Save 50 Cent’s Rap Career 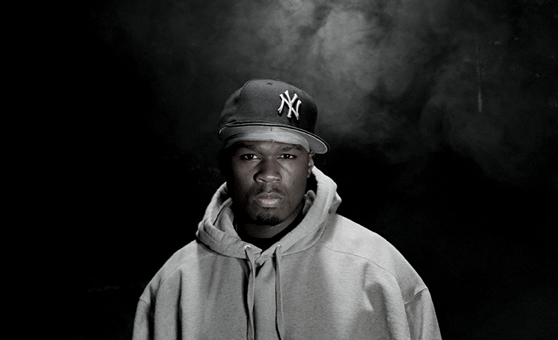 When I initially told someone that I was writing an article about how the revive 50 Cent’s rap career, I was met with a “Why? Good riddance”. Yep, it’s funny how people perceptions can change in 7 years. In 2003, Curtis Jackson was sitting on top of the world and everybody loved Hip-Hop’s gangster underdog coming out on top (Get Rich Or Die Tryin’). Then it went to Hip-Hop’s millionaire villain (The Massacre & Curtis). And then… I don’t know. Before I Self Destruct came out last year, supposedly sold 500,000 copies, and then promptly got forgotten. While Eminem’s new albums continuing to do really well  and Dr. Dre is hocking headphones while still teasing us with an imaginary album, the last time the third head on the three-headed monster made news is by dropping a crazy amount of weight for a Mario Van Pebbles directed movie.

But like I said earlier, it wasn’t always like this. 50 made great music at one time as well as helping  shape the mixtape game as we know it today (No Mercy No Fear, God’s Plan, etc). He has attempted to go back to this formula to varied results. But at one time Curtis was the epitome of the a street hustler doing anything to make it while crafting some of the greatest street anthems and radio hits of his time. Here, I outline how to possibly get back to that as well as once again making 50 Cent’s career in rap relevant again.

Get Back To Being Aggressive: 50 Cent could try to do what DMX did in 1998 when Bad Boy’s shiny suits ruled. This basically means with  softness in Hip-Hop, there’s a hole waiting to be filled with some aggressive rap. It is being made but it’s not popular right now. 50 is to do none of that “Candy Shop” shit. I’m talking “Soldier”, I’m talking “Bang Bang”. New York shit. It’s time to go back to that.

Release A REAL Black Album: Great idea changing the whole Black Magic album concept (Techno? Really 50?). But black is good; maybe a “black album”. The original thoughts of most “black albums” got lost during it’s release. While others have done this the correct way (No radio singles, no cover, no promotion except for word of mouth, etc.), this may be a great thing for 50 Cent to try. 50 shot himself in the foot in the past by telling anyone who’d listen of his album sales accomplishments because when he undersold people were quick to point it out; this takes that away.

50 Free Shows: Literally. Heard about that show in Houston that had 50 Cent performing to a half empty venue? I don’t think that’s gonna get any better anytime soon. So to get the fans excited about 50’s stage now, why not do 50 free shows at smaller venues? This will show your fans you believe in your new material. Make some of the shows secret too, it’ll add some excitement. Plus doesn’t the “Free 50 Tour” sounds cool?

Squash Beef With Some Former G-Unit Members: Okay, just one. The Game. Hate it or love it, you can’t deny that Curtis and Jayson had chemistry when they were on the same team. Plus let’s be honest, right now Yayo is the weak link in the three manned G-Unit; they need more talent. I would add Young Buck to the list of former members 50 needs to patch things up with but considering what happened, I think that door is closed.

Get More Personal: Speaking of “Hate It Or Love It”, that rhyme 50 spit there may have been one of his more personal. Didn’t you promise this for Curtis? And then Before I Self Destruct? Songs like “I Get Money” are cool but we’re still waiting on that album where you dig a little deeper than telling us about your Vitamin Water deal.