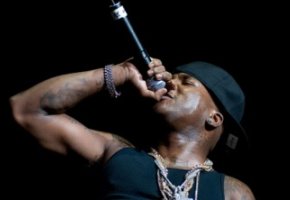 Of course we all knew Jeezy would take the #1 spot on the Billboard charts. King Jerm predicted The Recession to go Gold in the first week. I personally said he’ll do about a little over what The Game did last week. With a official total of 260,569, we see who won that contest (Come on Jerm, I write a column every week about this shit!). Actually, I wasn’t trying to low ball Young Jeezy, that’s still a good amount of records to sell in this…uh, recession. If I’m not mistaken, I think he might have the second highest Hip-Hop/Rap debut in 2008 (If I am mistaken act like I never said anything). I also see that Slim Thug’s crew Boss Hogg Outlawz surprisingly made the Top 50 with Back By Blockular Demand (Hey, moving 10,000 units these day independently ain’t bad either). Diddy’s “great white hope” Donnie Klang, from MTV’s Making The Band 4 show, lands at #19 and fails to match the success of Day26 or Danity Kane. Oh yeah, that reminds me, I forgot to put Shwayze on last week’s list. But since you all didn’t call me on it, I’ll take that as a “who gives a damn” sign. Other than that, Usher finally goes platinum, Weezy stays in the Top 10, & The Game falls to #3 (but in 2 weeks almost matches what Nas did in 8). I’m tired and that’s the buzzer…