“Death To Mixtapes…Well A Coma” 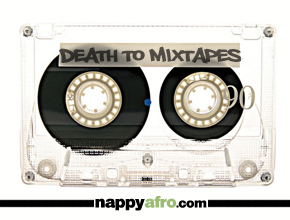 I trust you read the title. Now that I have your attention…. Mixtapes. Mixtapes. Mixtapes. I love them as much as the next guy. Cheap, inventive, and it’s an avenue in many cases where artists can cut loose and do some amazing things. We’re in that day and age at the moment where it seems like mixtapes yield higher quality and are more anticipated than the actual album of an artist.

And that is a MAJOR issue.

I’m always hearing about how MC Such N’ Such [As much as I’d love to point out Gucci Mane for this example, I don’t feel he deserves the publicity.] is the truth on the 5 million mixtape variations he’s got out. Indeed, he might be deadly impressive on someone else’s beats or the cut of his verse from someone else’s track; but why do his albums suck so much? How come left to his own devices, powerhouse producers, and infinite features; his album is “okay” at best. Nothing more I hate than a hype train that takes me to a destination I’ve already been to over and over. Frankly, I’m tired of so many rappers nabbing “Best in The Game” statuses based off of mixtapes when they can’t bring it where it truly counts…the STUDIO ALBUM.

I think a lot of this frustration stems from how mixtapes are perceived. I’ll sum it up like this. Movies have trailers to get you amped for a film coming your way soon. They’re cut intricately and are designed to get your ass to the theater so you can drop that money down on the real deal, the actual film. The mixtape is an auditory trailer for the grand feature, I’ll repeat, the studio album.

So imagine when I see a trailer for a movie that should be awesome then I pay my money, sit down, and realize I’ve been duped into 100 minutes of straight bullshit. Of course I’m going to be mad. Same thing for mixtapes. You’ve showcased what you can do and you’ve got my anticipation up. The A&R’s have heard you and you got that label signing and the big album is due soon. Then it drops and for whatever reason, it fails on all accounts to live up to all this hype you bombarded me with prior.

Be honest with yourself as I ask you this question.

How many albums have lived up to the hype based on mixtapes not named Tha Carter 3? And even then, we have those wishing to debate the issue, given that Tha Carter 3’s anticipation had more heat than the oven door.

Used properly and distributed sparingly, mixtapes are an effective hype tool in preparation for what could be a quality album. As much hate as the man garners lately, much of it deserved, 50 Cent’s mixtape run before Get Rich Or Die Tryin’ was perfect. Just the right amount of street singles, freestyles, and showcasing to get everyone ready for an album that took the world by storm; and launched a career.

Another problem I’m seeing with mixtapes is over saturation. So many come out for an artist, it may be viewed as a waste to even worry about the album; especially in the case of track leaks being all over official and unofficial mixtapes. Let us not forget how just like the radio, TOO MUCH of an artist could easily lead to backlash.

Let us not forget that with mixtapes being a cheap alternative and less people willing to pay for music; mixtapes see more money than the actual studio albums and it’s the studio albums that keep your favorite rappers out of the “Where Are They Now” category. [See Gunnas, Young or Kwon, J]. The general populace treats the mixtape with the reverence and scrutiny that the studio album should get. I can ask the average Hip-Hop fan a release date on a mixtape and get solid answers; whereas they’re shocked half the time when an album drops. I repeat, you can spit hot fire like Dylan and have the world talking about you; if the studio album sucks, how good of an artist are they really?

Now, I’m not saying you’ve got to do Outkast numbers; or more recently, Wayne numbers. An album’s QUALITY is not always judged by how fast it flies off shelves. That proverb is as old as my I Declare War CD [Oh, the days when Pastor Troy claimed Augusta] and doesn’t look to change for the foreseeable future.

There are artists being victimized by mixtapes as well when the mixtape is all the fans will deal with. With sales declining across the board and leaks running rampant, now is the best time for artists to focus on creating quality studio works for the masses. Honestly, CD’s and legal downloading need a boost before it gets worse than it is now. I’ll be honest, if the CD is QUALITY, I’ll buy it.

It’s those buys that keep them making albums for the foreseeable future. How supportive are you really digesting every mixtape and downloading everything without giving something back to them to keep them in the game? I’m looking at the Slim Thug fans out there. Boss of All Bosses should have at least got that gold plaque, but I didn’t see anyone shying away from his quality mixtapes, which lead to a quality album.

Artists are getting released out of contracts due to declining sales and we the fans aren’t saving their chances of staying in the spotlight; yet we ask why they don’t get more mainstream love. The label could care less how many mixtapes they move. The STUDIO ALBUM keeps them afloat and the artist in the spotlight that you, as a fan, would want them to bask in. I just see an ass of no-wins involved, because I’m rarely seeing mixtape heavy-hitters with justifiable sales AND/OR quality studio work that was worth the hype.

On the heels of Mixtape Messiah 7 dropping, I’m just asking Hip-Hop fans to realize we have to put in what we take and be realistic about it. If the trailer rules and the movie sucks, the movie failed you. Same for music. Albums are original pieces of work that an artist will be judged by for years to come in terms of sales, quality, and overall staying power. I love them as much as the next man, but it takes more than these underground pieces of art to be considered among an elite crop of Hip-Hop standards.

We as fans deserve more than hype and you should demand more for your dollar and for your ears. While I’d never want to see mixtapes die, it’d be nice for someone to tell me how good someone’s album is in a debate; as opposed to me telling them how sorry an album was then them defending it with the latest mixtape that dropped.

Forgive me. I want more than bits and pieces, I want the whole thing. And as Eminem, Wayne, and possibly Drake are showing; we’re willing to pay for quality. Just don’t leave all that genius where it won’t count in the long run.