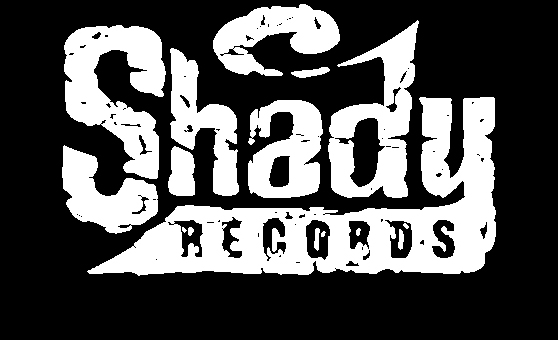 When I first started doing the Team Evaluations, I didn’t actually intend to do one for Shady Records. After finishing the first three Evaluations, people were up in ruins about me not including the house that Eminem built. Well with the new additions that have been made, and the demands of the readers here at The ‘Fro (Even B-Easy and King Jerm said something during the Frocast) I decided I would be cheating nappyafro community if I didn’t do one.

Eminem started up Shady Records in 1999, with the intent to give artist from Detroit a possibility to shine. Besides the group D-12 & Obie Trice no Detroit based artist were released through Shady. Eminem did go on to sign 50 Cent, one of the best selling Hip-Hop artist of all time. Even with the success that comes from having to eraner like Curtis, Shady Records has found itself lost the last couple of years. Eminems best friend, Proof, passed away, and Em’s career was in question for some time. Now as he reemerges as one of raps heavy weights, he will attempt to do the same for his label. Let’s take a look at how he is doing…

Eminem – Although Kanye West won 2010’s Man of the Year, Eminem being in the conversation is a victory. In 2010 he dropped one of the best albums, Recovery, and sold more records than anyone since Lil’ Wayne. He came along way from releasing 2009’s Relapse (His worst album in my opinion). Eminem is back on top.

50 Cent – I was really torn on where I should put Curtis. He hasn’t sold like he was selling in ’04 and ’05, but who is. B-Easy said that 50 makes aggressive music in an era where that isn’t popular. I agree with that, but he is also on Twitter more than any rapper who barely raps should be. Looking at his catalogue may be the only reason he is considered a star. His lowest selling album went gold (nowadays that is as good as platinum).

Yelawolf – I have to be real, dude is kind of weird. That is exactly why I think he will fit in well with Eminem and company. He isn’t trying to be the next Eminem, like other white rappers in the game. He wants to stand alone, and his style will allow him to do that. His buzz intensified after touring with Wiz Kahlifa last year. He has an opportunity to sell a lot of records with Shady.

Slaughterhouse – This is the definition of an underground supergroup. Unfortunately, Hip-Hop supergroups never really sell. I am curious to know if Em also signed them as solo artist.

• Joe Budden – My opinion of him changed after listening to Mood Musik 4. He isn’t as whiny as I thought he was and his rhymes are still on point.
• Joel Ortiz – I always thought Dr. Dre made a mistake letting him leave Aftermath. I guess they have a chance to link up again.
• Royce Da 5’9″ –  Underrated! Listen to “Remember The Titans”.
• Crooked I – West Coast in the building. I never really listened to dude though.

Cashis – Is he even signed still? I don’t know.

Bottom Line:
This team has a lot of talent. I don’t know if they have chemistry like a G.O.O.D. Music, or balance like Roc Nation, and they may not have the selling potential of a Young Money, but talent wise they are up there with anyone. The grade that they have is purely based on potential.