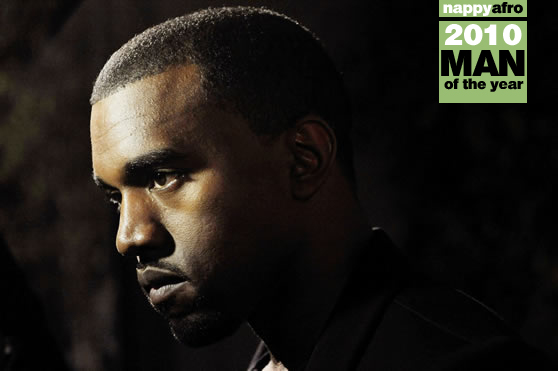 Don’t call it a comeback. Okay, maybe you can. Eminem sold more records. Rick Ross had the hood. Drake had the hits. But of all the rappers of 2010, Kanye did it the best by not only having Hip-Hop’s undivided attention but pop culture as well. After taking some time off after the MTV Video Music Awards/Taylor Swift debacle, Kanye was ghost for almost half of 2010. Then “POWER” dropped. Then he joined Twitter. Then he started G.O.O.D. Friday (Which help him collaborate with everyone from Bon Iver to RZA to Jay-Z to J. Cole to Nicki Minaj to Justin Bieber. He killed performances at the BET Awards, Saturday Night Live, and made a triumphant return to the MTV VMA’s. Kanye also dropped a 90 second “living portrait” music video for “POWER” as well as a 20 minute film for “Runaway”. He topped MTV’s Hottest MC’s of 2010 list and put on for his team via the 2010 BET Hip Hop Awards’ cypher. And most importantly, he also dropped was arguably the year’s best album overall, My Beautiful Dark Twisted Fantasy. Let’s have a toast to Yeezy; nappyafro’s 2010 Man of the Year.