What Makes A Hip-Hop Album A Classic? 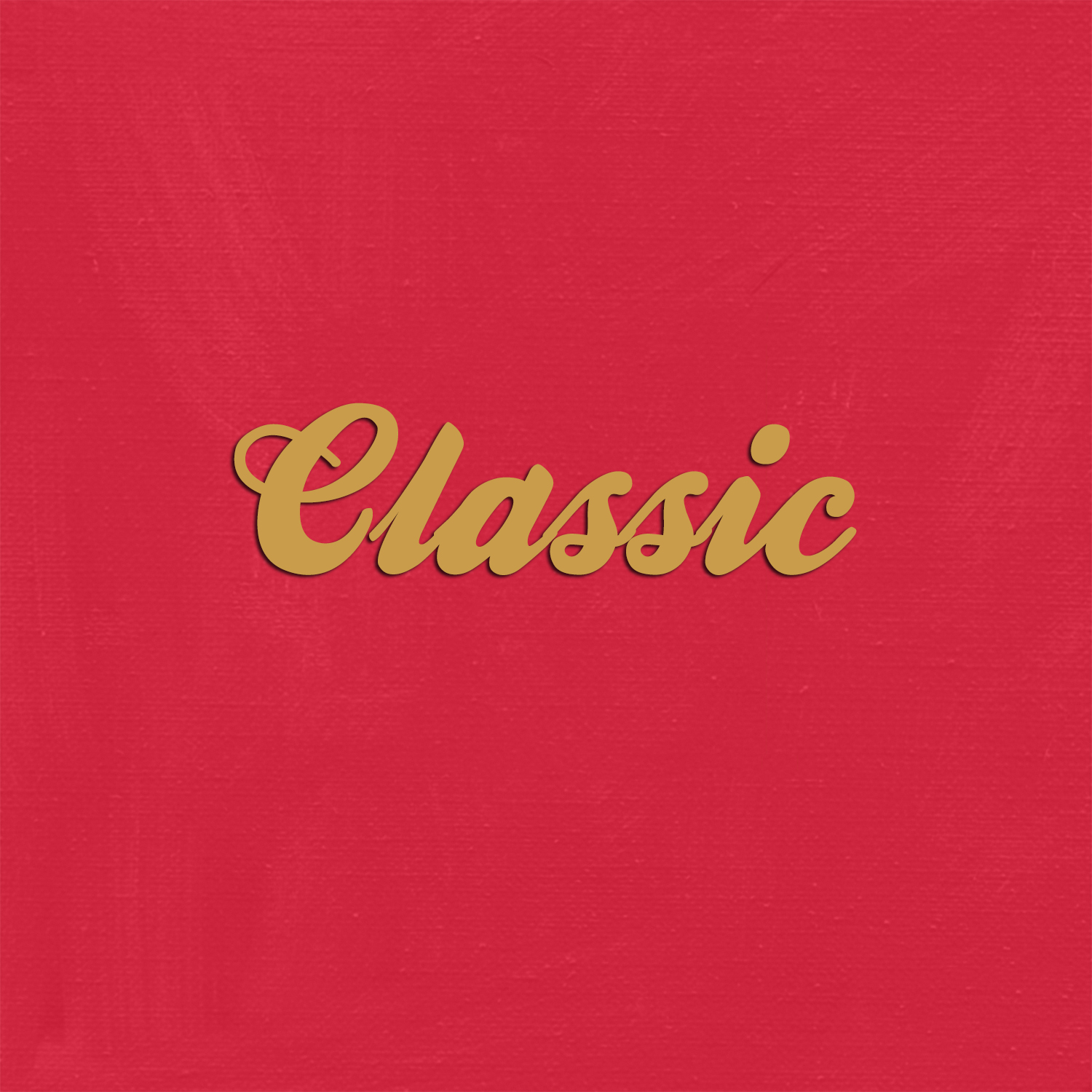 Nearly every time I’m online and an artist with a fairly strong fan base drops an album whether I feel it be average, great, or a steaming pile of dog shit…the word I constantly see thrown around is “classic”. When Joey Bada$$ dropped B4.DA.$$ …classic. When J. Cole dropped 2014 Forrest Hills Drive …classic. When Kendrick dropped To Pimp A Butterfly …classic. And whenever Drake drops anything…classic. People constantly bicker back and forth saying “No, Reasonable Doubt is the classic, not Blueprint.” I see it all the time and it’s almost so annoying that it’s sickening. Even when it’s praise to albums I love. It seems that some people would rather call an album they enjoy that’s just been released a “classic” as opposed to simply saying it’s “dope” or “great” , completely unaware that they just sounds like some soccer mom who went shopping in the CD section of a Super Target after dropping her son of for practice and discovered Eminem’s entire discography in the clearance section for half off. Yes, including Encore.

I guess the question I need to answer is, what makes an album a “classic” ? The answer to that question is time. Classic is usually used to define an album that’s of high quality that has achieved some pretty definitive and influential things over its course of existing. Usually for an album to be deemed “classic” some time has to pass for you to see how it’s going to influence the genre further or keep relevancy as time moves on. We could easily be given an album that’s amazing and we can say for months that this album is great, but 10 years from now, would this album really be a cause of some great effect in the genre? You can’t necessarily answer that question right then and there, because it’s something that needs to be seen, because the world is always evolving and the Hip-Hop genre is always being exposed to new trends or old trends that are being brought back to the forefront. A classic album really doesn’t even have to be the best album in an artists discography and there also doesn’t need to be just one classic album in artists discography. There are plenty of artists with more than one classic album in their discography such as De La Soul, Kanye West, Outkast, Jay Z, A Tribe Called Quest, Ghostface Killah, and many more. There doesn’t need to be just one to rule them all.

As far as “instant classics” go, some albums drop and they’re hailed as that, because the effect and influence is so immediate and the general praise is so high that its influence is seen very quickly, but the term still sort of contradicts itself. These albums are like movements for the moment. The big wave. The game changers.  Albums that will immediately alter the game and generate quick influence. These albums still aren’t necessarily “classics”, because even though they might be as amazing as they are in that moment, it might lose it’s weight of influence as time goes on. Sometimes there are arguable exceptions though. 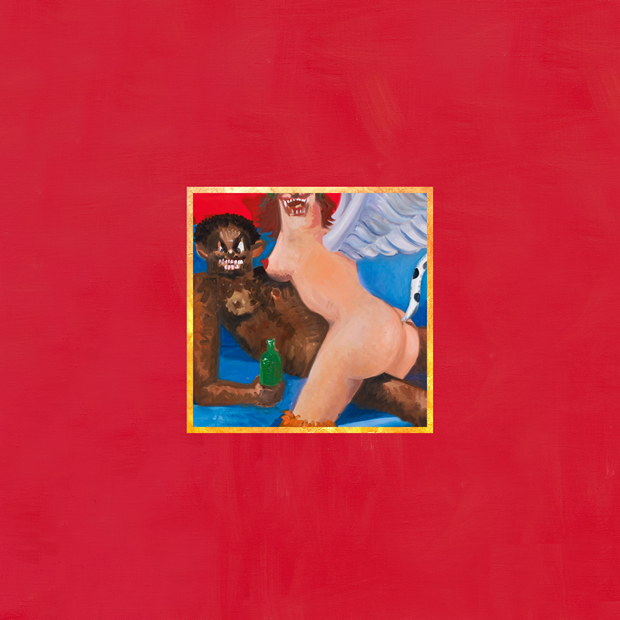 The reason an album like My Beautiful Dark Twisted Fantasy was crowned as a classic so quick is because it showed a huge and immediate influence packaged with high praise from critics all over. The influence of that album is still being shown in the current state of Hip-Hop and other genres in music as well. For this album in particular, you can hate it, love it, or simply just like it, but you can’t deny it’s relevance.  Yes we can say “It’s Kanye, he’s one of the most influential artist regardless of genre”, but do you really think people were straight up calling 808’s & Heartbreak or even Graduation a classic the moment Kanye dropped it? Some people weren’t initially digging these projects, since it deviated from the traditional Hip-Hop sound and went more electronic and heavy on Auto-Tune, which was a step away from Kanye’s usual soulful production, but in due time the appeal grew wider in the Hip-Hop community and this sound influenced and paved the way for some of the biggest Hip-Hop artist to come out like Drake, Wale, Lupe Fiasco, and Kid Cudi. Graduation is considered a classic, because it created a sound that paved the way for those artists above who now use the influence of that sound to pave the way for newer artist, but it still took time. As for 808’s, it’s an album that’s so left field that still to this day people argue whether it’s a “hip hop” album. I claim it as a hip hop album, but not a classic. Just a really dope album. As a very respected, successful, and mainstream artist in the genre, Kanye West is more able to reach the masses when it comes to influence in music so he’s more likely to get that immediate reaction.

So does an album need immediate or mainstream attention in order to potentially be a classic? No. There are plenty of albums that came out and weren’t as appreciated as others initially as far as commercial/mainstream success goes, but as more people flocked to it with time it grew to become something that was very powerful in the genre whether it be critically or commercially. Albums like Southernplayalisticadillacmuzik, People’s Instinctive Travels and the Paths of Rhythm, Madvillainy, Below The Heavens, and even Illmatic. These are albums that didn’t even touch the Top 10 of the Billboards during their initial release, but years later now they’re forces to be reckoned with in their genre. 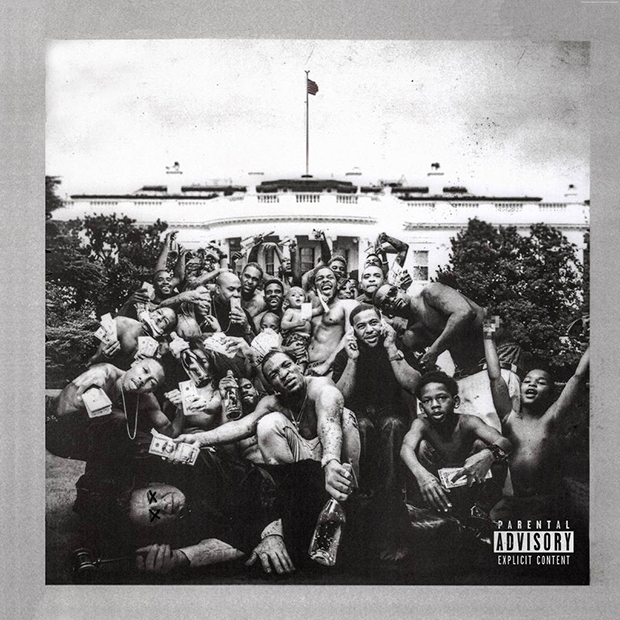 Sometimes I ask myself if people are just really desperate for a classic album to drop during their existence, and yeah I certainly believe they are. With all these artists who are copying flows and reusing the same lyrics and crafting the same beats, while the more original and rather risk taking artist don’t get as much attention outside the internet, it’s hard not to want an album that might change the game when it’s been stuck on the same level for a long time. The problem is, people jump too quick to call something a classic. Shit like that just makes things become hard to take seriously when spread like some infectious disease.

Albums like 2014 Forrest Hills Drive, B4.DA.$$, To Pimp A Butterfly, Yeezus, Nothing Was The Same, and even Dr. Dre’s Compton album (Which hasn’t even been out for a 2 weeks as I’m typing this) are all examples of albums that were hailed as classics immediately. Personally, half of the albums I just named I don’t care for and that’s not to say that that’s a reason for me not to consider them potential classics, but as far as their relevance in the genre goes, the albums named here haven’t had even had time to grow or show its peak of potential unless they peaked so early and just dropped back down to step 1 to be forgotten as time progresses beyond it. And just, because an album is introspective or touching on serious subjects in a very great way doesn’t instantly make it a classic or one of the greatest things to exist. Even if it’s in the mainstream. As amazing as To Pimp A Butterfly is, Kendrick Lamar himself has even expressed his feelings about people calling his albums “classic” so early.

You don’t have to necessarily do something new or thought-provoking to have a classic album and I don’t believe you can purposely craft a classic album or something that’ll hold relevance for years or change the game, because the world is unpredictable and, as I said, the game is always changing. You really just have to be one with your art and stay true to yourself and if your work pays off and holds its weight and generates influence or births a shift in the genre then, you caught your train on time Why can’t we simply just call a great album that was just released “dope” or simply say we love it, instead of jumping so quick to call it a “classic” just because you’re digging it immensely in the moment? Shit changes and sometimes albums are immediately loved, but then go sour with time. And sometimes albums just aren’t immediately appreciated, because either they’re hard to digest, it doesn’t get a lot of attention, it’s wack/average/shit, or it’s like wine…taste better with age. But it doesn’t need to be timeless. Like I said, shit changes and goes sour as things progress. Things get old and sounds get surpassed. But influence is the key. Influence doesn’t die.

A lot of classic Hip-Hop albums are albums that have influenced many other great artists or certain eras in the genre that go on to inspire others as an effect of their own inspirations and influences. The current music is the effect and this certain album from years back is the cause. It’s like a domino effect or dropping a rock in still-water.

So all in all, what really makes an album a classic is that it really needs to hold relevance in its genre and generate some influence that’s pretty long term. These albums don’t have to be timeless, introspective, or even the best in the discography. It just has to hold some serious weight for its genre. When a great album drops and doesn’t get hailed as a “classic” it doesn’t mean that it’s any less enjoyable or a disappointment to expectations. There are a lot of albums I love that I don’t consider “classic” that I would rather listen to than a lot of albums that are hailed as classic . And you shouldn’t expect a “classic”, you should just hope for a dope album and let the universe allow the art do what it is or isn’t meant to do in due time. Just enjoy your shit and let time do it’s thing.

#Peace 6 random classic albums you should check out if you haven’t: Only Built 4 Cuban Linx, De La Soul Is Dead, It Was Written, AmeriKKKa’s Most Wanted, The Score, & Bizarre Ride II the Pharcyde